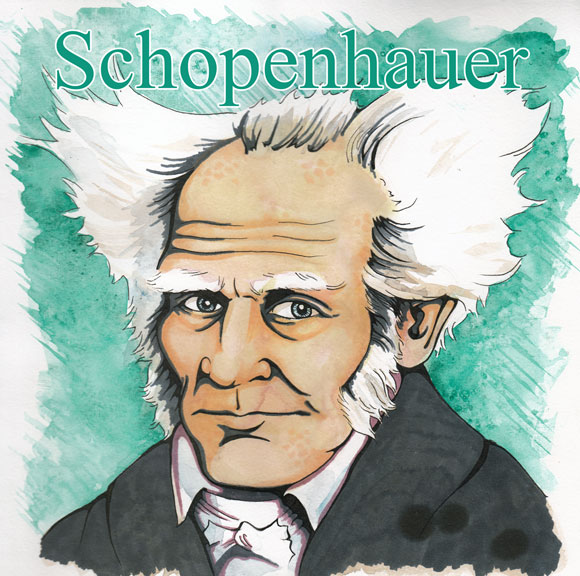 On Arthur Schopenhauer's The World As Will and Representation (1818), book 2.

Sure, we know from our senses and science what the world looks like to creatures like us, but if you buy Kant's view that this "world as appearance" is a construct of our minds, what's the reality behind the appearance?

Schopenhauer thinks that we can know this: The world is what he calls "Will," because just like know what it's like to be you from the inside (you don't just see your body move but know what it is to will that body to move), the rest of the world has a comparable inside, and it's that inside that explains all the striving that we see around us, whether it's plants growing toward the sun, animals acting on instinct, or physical objects following laws of motion and gravity.

So in a sense, everything is alive, and moreover, it's all the SAME living thing: a massive, singular Will that exists outside space, time, and the causal chain: It's a whole different thing than anything we perceive through the senses, yet all those perceived things are somehow manifestations of this Will. It's like the Force, except blind and futile.

That amounts to some highly chewy metaphysics for the regular four to slobber over. Read more about the topic and get the book.

Support the podcast by becoming a PEL Citizen or making a donation. Citizens can sign up to remotely attend the Aftershow on 5/3 at 5pm Eastern.

End song: "Sinking” from Mark Lint & the Simulacra, recorded in 2000, mixed just now. Descend into the Will itself!

Also, Mark narrated this new audiobook on Nietzsche; you can subscribe to Audible to get it free via audibletrial.com/PEL.