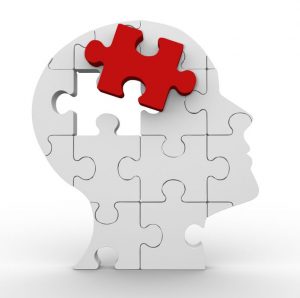 One of the oldest and most central debates in the field of aesthetics is whether great art plays a functional role in human life, or if it should rather be considered as an end unto itself. Plato and Aristotle both assigned aesthetics a pedagogical role, with Plato demanding that art teach morality, and Aristotle crediting theatrical tragedy with teaching us how to deal with our emotions. On the other hand, a complete lack of purpose was a central part of the definition of aesthetics proposed by Kant.

With this as our philosophical context, we can turn our attention to a claim by the late psychologist Bruno Bettelheim, to the effect that the folk and fairy tales of the world developed as a primitive form of psychotherapy (see his The Uses of Enchantment). By experiencing such stories, people experiencing mental problems introduced into their psyches powerful images and archetypes that helped them work through their issues. Bettelheim's work is highly controversial, and far from universally endorsed, but if any one author of modern times most embodies this idea, it is Japan's superstar novelist, Haruki Murakami.

I discovered Murakami just slightly ahead of the curve, after he had become a sensation at home, but before he conquered the world. My sister was taking a course in Japanese literature, and passed along a few of his books. Soon I was fully immersed in Murakami's slightly loopy, fever-dream worldview, reading so much of his work that I even produced, almost helplessly, a parody, including any number of Murakami's favorite tropes and themes.

A typical Murakami narrative centers around an aggressively ordinary and largely passive hero who unexpectedly experiences fractures in his mundane existence that reveal a hidden, occasionally frightening, and often awesomely weird other world lying just under the surface of the one we know. Almost always there are mysterious disappearances and unexplained obsessions, both of which may go entirely resolved. (Murakami is not an author for those who prefer their endings tidy and without loose ends!)

Until recently I wondered about the source of Murakami's inspiration. Was the stream-of-consciousness aspect of his novels and stories genuine? Or was he carefully plotting and planning behind the scenes? The constant surprise and sense of wonder in his novels argued for the former, but their rich structure and depth argued for the latter. The answer is revealed in his 2007 memoir What I Talk About When I Talk About Running. All his writing does, in fact, come straight from his subconscious, from some deeply shrouded inner self siphoned directly onto the page. His entire writing career itself could have been ripped from the pages of one of his own novels. He was an unremarkable young man headed in the direction of middle age, running a jazz bar, when he attended a baseball game alone one day. Immediately after seeing a ball hit into left field, he was struck by the conviction that he could write a book. He went home, started writing, and has not stopped since.

Given all that, it is no surprise that Murakami's overall body of work seems to trace a psychological progression. In his 1985 novel, Hard Boiled Wonderland and the End of the World, his hero is the pawn of forces beyond his control, and eventually makes the regressive choice to live forever within his own mind instead of engaging with the outside world. By the time of 1995's epic Wind Up Bird Chronicle (my personal choice for the best of Murakami's works), the hero is taking a more active role as he works to repair the psychological damage done to his wife while simultaneously wrestling with the equally deep scars on the psyche of the Japanese nation as a whole. Later, in 2002's Kafka on the Shore, patterned on the universal theme of the Oedipus complex, Murakami is exploring mental territory that, while impressively grotty, is less distinctively personal. By 2010's 1Q84, things have progressed to the point where the story has nearly a conventional ending, with a hero and heroine actually ending up together in the same physical time, place, and dimension.

This brings us to Murakami's latest novel to be published in English, Colorless Tsukuru Tazaki and His Years of Pilgrimage. While the book contains many of the classic Murakami themes, it also contains a brand new twist. The lost are found, mysterious questions are answered, and interpersonal conflicts are eventually faced head on. Even the psychological subplot, centered this time around latent homosexual desires, seems less like a life-defining crisis, and more or less like Murakami cleaning out his psychological closet (so to speak), airing out the very last few tensions and insecurities left in its more remote corners.

So is this bad news? Not to me. Murakami is still a compelling writer, and the inside of his head is still a fun place to visit. As a longtime fan of his work, I'm glad to see him making psychological progress. And, with a nod to Bettelheim, I feel like following him on this journey has made me a little more psychologically healthy as well.

Chris Sunami writes the blog "The Pop Culture Philosopher," and is the author of several books, including the social-justice oriented Christian devotional Hero For Christ. He is married to artist April Sunami, and lives in Columbus Ohio.