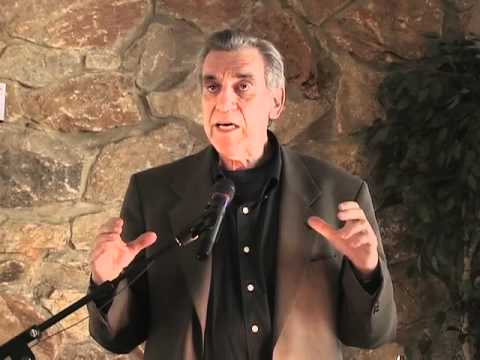 I had the pleasure of discussing on 4/26 the 2006 Historical Jesus lectures of Stanford's Thomas Sheehan (listen on iTunes U; here's the syllabus) with PEL listeners John ludders, Terra Leigh Bell, Michael Burgess Chris Eyre, and Benjamin Feddersen. Get the recording now from the Free Stuff for Citizens page, under "Not School and Aftershow Discussions." It was a great discussion, with both (liberal) theist and (very) suspicious viewpoints represented, roughly divided to cover the following questions:

1. Does Sheehan represent a legitimate academic consensus? His story is pretty damning re. the historical accuracy of the traditional Jesus story, and he claims the historical research is independent of faith, such that the outlines of his story are agreed to by the conservative and the liberal alike, yet certainly no official church is going to want to admit that the Resurrection is a demonstrable fiction.

2. What are the outlines of his story about the evolution of these stories by faith communities. He presents the historical-critical method and explains how scholars have concluded that the earliest documents were sayings documents, i.e. as with Confucius or Buddha, what we primarily have are oral traditions (eventually written down) about things Jesus taught, e.g. the Parables. Then the author of the book of Mark constructed (i.e. invented) the first narrative of Jesus's life, which was then taken up by the authors of Luke and Matthew, who added common mythical elements like the fantastic story of his birth, and all the dramatics around his death, and John with the really "high Christology" stuff was even later than that.

3. Should this denial of the historical accuracy of the traditional story imply a loss of faith? Sheehan and others claim that the Biblical writers themselves didn't have historical accuracy in mind, that it's only with the Enlightenment that we get this ideal of scientific objectivity that religion has (wrongly) claimed as its own standard as well, which can only lead to horrific scholarship and bullheadedness in the face of contrary evidence. Per Ricoeur, we should instead read the Bible as myth, which is a good thing: as inspiring metaphor for the human condition and direct incitement to live spiritually and act ethically.

While this was not something we reviewed for our discussion, you might be interested in 2014 lecture by Sheehan that describes this difference between the Christ of faith and the Jeshua of history: