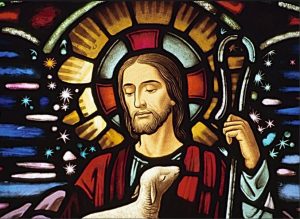 Part 1 of this series ended with my arguments that because Jesus was not a systematic philosopher, it would be helpful to elaborate his moral teachings in the framework of an ethical system, and that virtue ethics is the system best suited to this purpose, as many Christians have traditionally thought. Taking up this approach, in Parts 2 to 4 I discuss several of Jesus's parables, relating them to the cardinal virtue of prudence, in an attempt to illuminate both Jesus's moral teaching and the parables themselves. In the parts to follow I will give a similar treatment to virtues more distinctive to Jesus's moral and social philosophy, namely: nonposessiveness, nonjudgmentalism, humility, inclusion, and forgiveness.

The Virtue of Prudence

Since antiquity, prudence has been regarded as most the important of the virtues. This is because, while virtue can be defined as practical wisdom, prudence is defined as practical reasoning, and hence represents a large part of being virtuous. I can imagine someone saying that all moral virtues are forms of prudence, but it is more accurate to identify prudence as a regulative virtue, one which determines the quality of our pursuit of the other virtues, and constitutes our interface with the ethical dimension of life. Jimi Hendrix said “Knowledge speaks, but wisdom listens,” and a large part of prudence is listening—not only listening to reason, but to experience, the counsel of others, and ultimately to one's conscience. Forming, and then acting on one's conscience—because prudence is equally about deciding and acting as it is about listening—is something that can be done by the will of that individual only. And what this means is that virtue ethics promotes the autonomy of moral agents. It holds that people should guide and take responsibility for their own development as moral beings, while still belonging to, and being informed by the traditions of, a community of fellow moral beings. For Aristotle, a crucial part of this autonomy was experimentation, inevitably making mistakes so that we learn when our dispositions were too weak or too strong for us to be properly virtuous.1

I would argue that another reason for treating Jesus's philosophy as virtue ethics is that it is convergent with the primacy of prudence, and nowhere can this be seen more clearly than in his use of the parable as a device of participatory pedagogy. As noted in Part 1, this method encourages active listening and deliberation, as well as autonomous interpretation and experimentation with ideas. Of course, we must be careful not to generalize about the parables, as the differences between the kinds of parable can be almost as great as the differences between the interpretations of some of them. Parables are not the same as allegories, although they often make parallels with things in people’s familiar experience. While they put things in simplistic terms, that doesn’t mean they are simple. On the contrary, it often makes them even more problematic. But some of Jesus's parables (and other nonliteral statements) do appear to be straightforward metaphors used for teaching. A certain parable, which Matthew locates in the principal teaching discourse, the Sermon on the Mount (believed to mirror Moses's delivering of the Law on Mount Sinai), but which is better expressed in Luke at 6:46-49, is an example of what I mean:

Why do you call me ‘Lord, Lord,’ and do not do what I tell you? I will show you what someone is like who comes to me, hears my words, and acts on them. That one is like a man building a house, who dug deeply and laid the foundation on rock; when a flood arose, the river burst against that house but could not shake it, because it had been well built. But the one who hears and does not act is like a man who built a house on the ground without a foundation. When the river burst against it, immediately it fell, and great was the ruin of that house.i

Part of the reason I quoted this passage now, which I'll refer to as "the Foundation," is to balance to my words on autonomy. Because it is clear that sometimes Jesus did tell his disciples how to act, rather than insisting on individual conscience. His promotion of autonomy was, in a word, conditional. Moving on, consider another saying from the Sermon:

Before I suggest my interpretation for these, let's throw one more into the mix, this time far less well known because it's from the noncanonical Gospel of Thomas:

Jesus said 'The Kingdom of God “is like a person who wanted to kill someone powerful. While still at home, he drew his sword and thrust it into the wall to find out whether his hand would go in. Then he killed the powerful one.” (Thom. §99)ii

Perhaps you would like to think more time to reflect upon these parables, so you can form your own opinion lest you were simply to accept what I have to say about them?

Done? Good.  I think, perhaps arrogantly, that these parables are best interpreted as metaphors for prudence. (Perhaps you guessed that already because you're reading Part 2, which is all about prudence.) I hope you'll see why I said they become straightforward when we interpret them on that general theme. Of course they are still polyvalent—multiple meanings can be read off them, but more important is that they each teach specific aspects of prudence.

The overriding message of the Foundation is that we cannot just be philosophers who listen and think about wisdom, we have to be men (or women) of action. That is, we have to be prudent and put our wisdom into action as virtue. This ties in with one of Jesus's central concerns: that hypocrisy (like all our vices) must be exposed and corrected. As the opening to the parable states, Jesus warned that only those who actually follow his teaching and example in their lives are his real followers.

As was pointed out on the podcast, just because a few parables have Jesus giving an explanation of them before or afterward, that does not mean that those statements were historical. Scholars such as John Dominic Crossan think that Jesus would not have explained his parables to his audience, as that would have spoiled their participative function.iii And even if we are assuming that the words of the gospels are those of Jesus, literary critics have long suggested that authorial intent does not determine the meaning of a text. So I am more interested in these men building their houses, than I am with Jesus's followers. I read that story as teaching "make sure you are strong for when adversity inevitably comes" and "make yourself a firm foundation of preparation."2 This is clearly a lesson of prudence, and I think it would apply most directly to the morality and integrity of one's character—that is the foundation that one must prepare by habituating virtue. For example, we do not want to find ourselves caught in a serious situation and tempted by indulgence when we have not practiced temperance, or tempted by cowardice having not developed courage.3

The parable of the Assassin is also about preparation, specifically about measuring up one's methods and practicing. It is also implied that the assassin is single-minded about his goal, determinedly moving from a rational method of planning to an effective achievement. But it is the Narrow Gate which I believe gives a clearer teaching on single-mindedness. In this metaphor prudence again consists in the rational pursuit of a goal, but the goal is difficult to reach.

While we are told the gate leads to "life" rather than "destruction," I contend that this need not be read as an allegory where the gate is a figure which stands for one particular goal. Of course Jesus's audience may be encouraged to debate about what it can be made to refer to, but what is important is the form rather than the substance of the metaphor—how we pursue the goal rather than what the goal is. That path is narrow, it is specific and focused, it requires single-minded focus and determination to stay on target. Verily I say onto you, it is much like the exhaust port at the end of the Death Star trench. Jesus contrasts this with a path which is wide, in which we will get distracted, and wander lost and doomed if not mindful of our narrow goal. It is easier to lose this focus, and hence why few people are able to pursue their goal with single-minded dedication, but for few who can manage it, it is very worthwhile.

1Aristotle's doctrine of the Golden Mean.

2 This could be related to the large number of parables which also call for preparation, but in those cases with reference to a dramatic event which is coming but the timing of which cannot be predicted.

iii Crossan, John Dominic, (2012), The Power of the Parable: How Fiction By Jesus Became Fiction About Jesus, HarperOne, New York