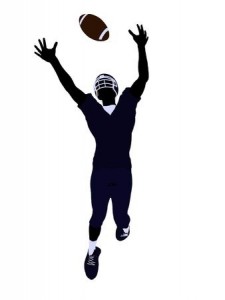 I was a painfully unathletic child, more likely to be found in a ballet class than on a baseball diamond. I could neither dribble nor shoot a basketball, an especially excruciating deficiency for a black kid growing up in the inner city. Football (the American version) was my particular nemesis. Not was the game itself frightening and dangerous, but the rules and scoring were incomprehensible. As a lifelong resident, however, of one of the most football-crazy cities in a football-crazy nation, the annual site of a game billed as "the biggest rivalry in sports," I did eventually fall in love with football. My entry into the sport, as so often was the case for me in pursuits that others engaged with via visceral instinct, was both intellectual and philosophical.

Whole volumes could be written, whole volumes have been written, about the ethics of American college football, a gladiatorial pastime whose unpaid participants risk on a weekly basis both their health and (due to the prevalence of concussions) their sanity, to the obscenely exaggerated enrichment of millionaire coaches, administrators and other more-or-less parasitic entities. This essay, however, is about the aesthetics of college football, both a more rare and a more rarefied subject of inquiry.

There is undoubtedly a concept of "beauty" in sport, but it can be elusive and counter-intuitive. Some sports have clear artistic elements: figure skating, for example, or gymnastics. How is it, however, that people can call a sport as brutal as football or as unadorned as boxing beautiful? The concept may be easier to identify in the breach. In football, for example, one often hears of an "ugly" win. But what makes a win ugly? One clear answer is cheating; an ugly victory is often one not won fairly. By extension, however, an ugly win can be one where the letter of all rules is followed, but the spirit of them is abused. An example is the deployment of timeouts specifically to interfere with the other team psychologically, which is both legal and common, yet hard to call admirable.

No real sports fan ever complains long or loud about an ugly victory by his or her favorite team, but such games are neither long remembered nor treasured in the same way as the beautiful games. So what makes the difference? If ugliness is marked by rules broken or abused, then beauty, one might assume, is intimately bound to following the rules, both in the letter and in the spirit.  Is it beautiful, then, to follow rules?  If we look at the arts, we see so many of them are in fact rule-based sports, from the hundreds of rules of musical theory allegedly followed by Bach and Beethoven, to the synchronized steps of a choreographed dance, to the complex patterns of rhythm and rhyme in a traditional poem. But why? What is it about rules that calls forth beauty?

In her book Centering

, ceramicist Mary Caroline Richards opines on why things made from clay are more beautiful than those made from plastic. The clay, she says, is versatile, but limited. There are things it cannot do. To take a heavy chunk of mud and make it seem light and graceful, or to hold together in complex shapes, takes real artistry. In contrast, the plastic is too pliable and compliant. Because it can do or be anything, nothing it is or does comes as a surprise or a triumph.

The beauty of a traditional form poem is much like the beauty of the clay. A poet once said of the rigid and repetitive poetic form called the sestina that writing one was like trying to dance in a full suit of armor, and that the goal, therefore, was for the end result to seem as light and as graceful as possible. Here, I would venture, we glimpse a certain affinity with football, whose players could fairly be described as dancers in full suits of armor (although not, perhaps, to their faces!). The key is that the addition of the rules takes a simple act and makes it difficult. The challenge, then, is to overcome these artificial difficulties, or rather, to transcend them. In doing so, you reach a destination not accessible via the most direct path.

The goal in a sestina is to communicate something new and fresh. What makes it difficult is being forced to repeat yourself at artificially established intervals. The goal in football is to travel roughly a hundred yards. It is not an insignificant distance, but neither is it a prohibitively long one. It is a distance that any reasonably healthy adult could easily traverse on foot. What makes it difficult is the fact that you also have to successfully transport a ball with you, all whilst a entire team of freakishly large, musclebound men in padded armor does its level best to take it away.

Entry into the end zone, therefore, is admission to a place that can only be reached against opposition, passage through a door that cannot open without people trying hard to keep it closed.  The poetry in a touchdown is success against the odds.  A beautiful game is one where both teams play their best, each pushing the other to a higher standard—competition as collaboration.  The art of the athlete is a moment of fulfillment of the highest demand against human physical potential.  Such are the aesthetics of football.

Chris Sunami writes the blog The Pop Culture Philosopher, and is the author of several books, including the social-justice oriented Christian devotional Hero For Christ. He is married to artist April Sunami, and lives in Columbus, Ohio.