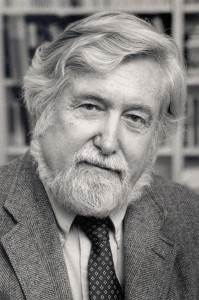 "Like Welfare, the Media, the Bourgeoisie, or the Ruling Circles, Cultural Relativism causes everything bad."

Clifford Geertz (1926–2006) was probably the best known American anthropologist of his generation, famous for his literary approach to ethnography, culture, and religious studies, and his development of the concept of "thick description" (i.e., emphasis on the meaning of observations as opposed to compiling a catalog of facts). Although his 1984 lecture "Anti Anti-Relativism" does not directly address philosophy of science, his broad-ranging criticism of "anti-Relativism" is certainly a relevant perspective on the debates that have been central to STS since Kuhn, Feyerabend, and Bloor.

"A scholar can hardly be better employed than in destroying fear," he said—the fear of Relativism, from which "Subjectivism, nihilism, incoherence, Machiavellianism, ethical idiocy, aesthetic blindness, and so on" were supposed to follow. Therefore, the enemies of Relativism maintained, it had to be fought to the death. Geertz named his talk "Anti Anti-Relativism" rather than simply "In Defense of Relativism" because, he said, the antirelativist polemic had taken on a life of its own, and no longer had anything to do with Relativism as such. Just as in the '50s, anticommunist rhetoric was not really about communism but was rather a kind of cultural code meant to ward off the imaginary terrors of liberalism, so antirelativism is not actually about relativism, which its critics are only dimly aware of as "something bad," but is rather about the need these people have to distinguish themselves as anchors of rationality and decency amidst an imaginary storm of nihilistic decadence. So it was not relativism that needed to be defended, but the vapid posturing of Anti-Relativism that needed to be attacked.

Anthropology was perhaps only next to literature in being subjected to antirelativist polemic, on the theory that treating other cultures as worthwhile objects of study, on their own terms, was tantamount to damning one's own culture as conditional and irrelevant. Our culture (this criticism goes), in order to be valid, must be understood as universally and unconditionally superior. Because the anthropologist did not adhere to this norm, he was an outsider, dangerous, someone to be feared—a destroyer of culture. Or in short, a relativist.

According to Geertz, both relativism and antirelativism were and are responses to the facts revealed by anthropology. The relativist response is that we should not dismiss difference, lest we find ourselves stuck within a narrow-minded provincialism that cannot change or grow. The antirelativist response is that our our own culture and way of looking at things is under siege from a bewildering variety of new and old ideas, most of them nonsense, and that, given the success of western culture to date, we would be fools to put it on an equal footing with bizarre tribal rituals from the other side of the planet.

According to Geertz, the mindless, soulless Relativists threatening to destroy civilization with their dimwitted nihilism simply do not exist—or, at any rate, they do not exist in the apocalyptic numbers the antirelativists fear. But ever since there has been such a thing as anthropology, there have been attempts to vanquish these imaginary barbarian hordes through the discovery of a "human nature"—a kind of "basic, sticker price, no additives" human being who can be decontextualized and studied apart from culture. This universal human would be the real or fundamental type from which all actual humans were merely deviations. That this creature manifestly does not exist (and so fails a basic test of empirical rationality) does not seem to have dimmed enthusiasm for his discovery. Indeed, it ought to make us suspicious that every time the universal human is discovered, he turns out to be a carbon copy of the people who discovered (invented) him. According to Geertz, there is no there there; the quest for a universal human nature is simply an attempt to bring in the scholar's prejudices through the window after kicking them out the front door.

Geertz argued that it is the role of other disciplines to take in the messy variety of lived experience and process it into a bland, homogenous paste called "knowledge," but it is the business of anthropologists to disrupt the plan, to unsettle, to force confrontation with the strange and different. Perhaps sometimes the subversive thrill of this activity has led a few immature practitioners into a sophomoric "elsewhere things are different" relativism that can and should be dismissed as simply irrelevant. But the fear that they provoke in antirelativists has been out of all proportion to their numbers. Nihilism is a modern hobgoblin, and it terrifies antirelativists for the same reason monsters under the bed terrify little children. Their doomsday scenarios are just so much hyperbole. Meanwhile, amidst all this fulmination, the far more serious danger of provincialism and narrow-mindedness goes unchallenged.

If the antirelativists really believe that certain kinds of study (i.e., the study of difference) are intrinsically dangerous, then their position amounts to a moralizing anti intellectualism—a commandment not to think, because thinking is dangerous. So, beneath all their huffing and puffing about reason we find, not critical thought, but its absence—a mindless conformity to the ancient lore of their tribe, disguised as a defense of reason. When we set off on the quest for knowledge, Geertz said, we need to be prepared for surprises and uncomfortable questions. "If we wanted home truths, we should have stayed at home."

"Anti Anti-Relativism" is available online in PDF format, and is included in the anthology Relativism: A Contemporary Anthology