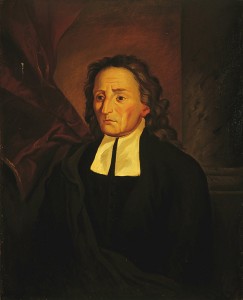 The true and the made are convertible. (Verum Factum)

The inspiration for Giambattista Vico’s (1668–1744) philosophy of history was the work of Rene Descartes (1596–1650), who boldly declared that he would believe nothing that could not be demonstrated through reason alone. Descartes, like most philosophers before Newton, modeled his thought on geometry—which is to say, he assumed that every area of philosophy had its own set of axioms, and that every genuine principle of that philosophy could be derived from them through deductive logic. (The Newtonian, or empirical, model, by contrast, works through induction, deriving principles from consequences—which is to say, from observation—rather than the other way around.) One consequence of this approach was that history had to be disqualified as a serious intellectual pursuit, for none of the axioms that Descartes’s system required could be found in it. Therefore, Descartes argued, no certain knowledge of the past was possible—the greatest historian of Rome knew no more about it than Cicero’s servant girl could have. Only mathematics, and activities modeled on it, could establish genuine knowledge.

Vico agreed with Descartes that knowledge of geometry was more genuine, and more certain, than any other kind, but he disagreed about the reason for this. In The New Science (1725), he argued, contra Plato, that mathematics was a human product, and that is what gives it its certainty—for one can only have true knowledge of that which one has made. According to this principle, a sharp distinction should be made between human and natural knowledge, the former consisting of whatever humankind had authored, and the latter whatever he had not. Thus the first included language, culture, art, mathematics, politics, and history, all of which could be known in an intuitive, inside-out fashion, because, being human products, humans could understand not just how they worked, but why, from what origins, and to what ends. The natural sphere, on the other hand, contained physics, astronomy, medicine, and in general what we call "the hard sciences," which sought to understand the world, not as humankind makes it, but as he finds it. Intuitive knowledge of this world is impossible, for God is its author, and therefore only God can know it in this way.

If this were true, it would suggest that knowledge of the first kind is superior to that of the second, simply because that would be the sphere in which the fullest understanding was possible. Vico affirmed that knowledge of history—which is to say, of the variety of human cultures—was preferable, but he went on to deny that all cultures were trying, as the Enlightenment generally supposed, to answer the same questions. On that model, cultures could be graded as more or less rational in proportion to their success in answering a single, cross-culturally valid set of questions, such as “How can we be happy?” or “What is the best way to organize a state?” For Vico, human nature was multiform, not unitary. Strictly speaking, there was no “human nature,” only “human natures,” each specific to a particular culture. These, in turn, did not aim at the solution to a universal set of questions, but rather at creative self-expression. Just as there is no one true, best, most rational form of art or music, so there is no one true, best, or most rational form of culture. Their diversity is not a regrettable aberration, to be corrected through the application of reason, but a manifestation of irreducible differences between the people who created them. The business of history, in this view, is to understand that diversity, not to deny it or dismiss it as aberrant.

Vico proposed that the history of language (philology) could be used as a window not simply into the history of words, but into that of concepts. This is because words are not interchangeable and arbitrary markers for concepts that are common to all rational inquirers, but unique and individual markers for concepts that arise out of, and vary across, specific cultural backgrounds. This is fairly obvious in the case of, say, the ancient Sumerian and the modern English language, since one has no word-concept "jet airliner," and the other has, but it may be less so when we look at the modern English and German languages, since they both do have such a word-concept, and translating back and forth between them is a fairly straightforward process. According to Vico, even in the latter case, the shades of meaning make these word-concepts distinct; though, to be sure, some word-concepts in one language will have nearer equivalents than others in another language.

Philology reveals that phonetically similar words share a common origin, which in turn suggests a common conceptual root. Put another way, words that sound alike must have once had a similar meaning. For instance, “human” and “humane” are phonetically and conceptually very close, but not identical—to say that someone is “humane” is to say that they have an abundance of that quality in virtue of which someone is human, human-feeling, but it is not to say that only a “humane” person is “human,” since "inhumanity of man to man" is axiomatic. The phonetic and conceptual proximity of these words suggests a recent divergence. Over thousands of years, however, similar words can come to mean very different things. For instance, the Latin “lex,” meaning law, is quite distinct conceptually from “legume,” meaning bean, but they have a common root in “ilex,” meaning oak tree. The key to understanding the connection between these words (and thus the concepts), according to Vico, is to be found in the word “aquilex,” meaning “gathering of waters.” Thus the law is the decree of the “gathering of the people,” and vegetables (originally acorns, from oak trees) a gathering of the harvest, just as the aquilex is a gathering of the waters. From these associations we can thus surmise that the Latin people were once forest dwellers, for their language suggests a common association between “assembly,” “vegetable,” “law,” “acorn,” and “oak tree” that is difficult to explain otherwise. We would not expect to find similar phonetic roots between such word-concepts, for instance, in the language of the Berbers or the Inuits.

Vico believed not only that each culture was distinct, but also that it was self-contained, in the sense that its concepts and languages were intelligible only through reference to each other, and not to the world “out there” or to the concepts and languages of other cultures. He further believed that each culture had a life cycle of its own, passing from a “heroic age” (like that of Achilles and Hector) to an “oligarchic age” (like that of Solon and Lycurgus), and then into a “democratic age,” (like that of Socrates and Euripides.) In the first, a rigid social code backed by supernatural terrors kept order, for people were violent and unruly, and could not be disciplined by any other means. In the second, conflict between groups wielding different theological ideas became endemic as the class fissures in society broadened. In the third, the “barbarism of reflection” defeated all attempts at common understanding and cooperation, for each person “live[d] like wild beasts in a deep solitude of spirit and will, scarcely any two being able to agree since each follow[ed] his own pleasure or caprice.” Having become “aliens in their own nations,” with their ability for coordination and common feeling seriously impaired, they became vulnerable, and some younger, stronger group could eventually shove them aside.

This was, he thought, what had happened to the Greeks in the age of Alexander, when the half-barbarous Macedonians overran their too-civilized city-states; and then to the Macedonians when they succumbed to the Romans, the Romans to the Germans, and so on throughout history. The cyclical model of history, of which this is but one instance, has been a constant theme in the reflection of humankind on his past. We find it at least as far back as Plato (and some have thought Hesiod, though this seems doubtful), and although it has generally been subsumed under the progress model since the eighteenth century, it has made occasional reappearances in the modern world. More on this in a later article.

Isaiah Berlin grudgingly acknowledged Vico as a genius, but considered him a representative of the "Counter-Enlightenment,” which he thought had underwritten the darkest disasters of the twentieth century. Recent scholarship has tended to cast doubt on this too-easy inference, but Vico's impact on subsequent philosophy of history has been immense. He was unknown in his own time, either for good or for evil—an obscure and menial academic in backward and isolated Naples, who had to provide for a large family on a very meager salary, and who could find only fragments of time to work on his masterpiece.  He was, indeed, so poor that he had to pawn his wedding ring to publish his work, and even then only after he had excised many portions (now lost) in order to bring down the printing costs. In light of these handicaps, his achievement and influence are all the more remarkable.

This post in the second in a series on the philosophy of history, and has previously appeared on Facebook. The first article in the series is here, and the next article is here.