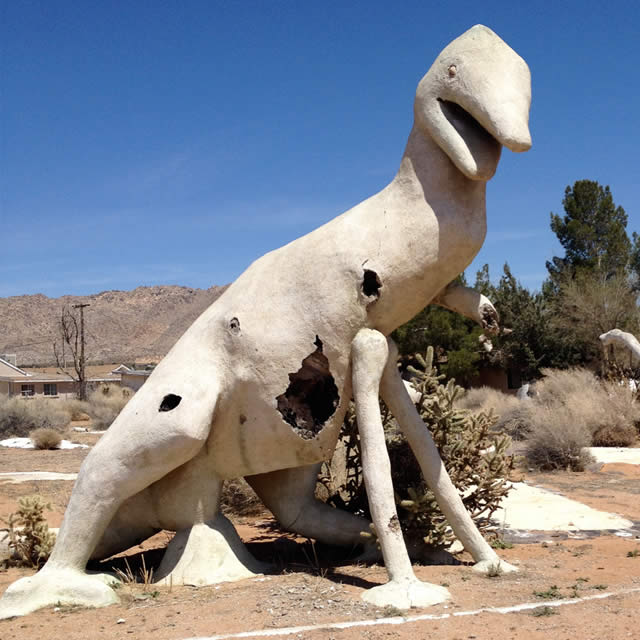 Listen to "The Past Is Not Real" and "I Insist."

These are my last two recordings, released on episodes 122 and 120 respectively, and they represent my two ways of making music of late, with "The Past Is Not Real" being me playing all the instruments, and "I Insist" using a virtual band made up mostly of ex-band-members now living around the country as well as some PEL musician listeners.

"The Past Is Not Real" was inspired by Augustine's doctrine: Only now IS. The past literally IS NOT. It lacks being. So how can we talk about it, measure it, etc.? This seems a weird concern to even have, so I started to imagine that only someone seriously messed up and trying to repress something would need to claim that the past is not real. Or you might want to deny the existence of decaying concrete dinosaurs. The song owes a debt on several levels to Peter Gabriel's 3rd album. I wrote it on 8/19 and recorded it over three days, so there was no time to get anyone else involved, using my usual studio tricks to record the song one little bit at a time so that I don't have to, e.g., actually play the guitar solo or these keyboard parts in full. The song features my new melodica, and I recorded the creepy talking part at the end immediately after waking up to get the maximum confused gravel.

"I Insist" (as described when I played it live in the ep100 live show), is about teleology, about the push of forward motion. Much like "Eye of the Tiger." Some of the lyrics are from a female point of view because I originally wrote it (in April 2014) for Lucy Lawless to sing, but she was too busy or had a sore throat or something, and by the time I worked it up to play live I no longer wanted to fob it off. This was one that I wanted to get right, and though the drums were recorded right away (by Steve Petrinko in Ann Arbor), I had to build up to finishing it. Though I pictured it as a New People distorted guitar rock tune, I sent it to Geoff Esty to have a crack at some lead guitars, and he sent me back a bewildering array of bizarre layers that took a of care to wade through and pick out bits of, balance elements of, and fill in holes both with my own guitar licks and by slathering on effects and editing tricks, but I'm very very happy with the result. Sweden prog friend Daniel Gustafsson put down a nice organ part, and I reconnected with Madison Lint bassist Ken Keeley, who came over to my house to quickly record a solid bass line.

So, two very different tunes, both direct results of being inspired by PEL topics, and ones I'm pretty darned excited about, more so than usual. I may as well reveal here that I've been working my way up to releasing some number of albums to the iTunes/Spotify/etc. universe, which entails having them professionally mastered and getting artists to draw me some pretty pictures for the covers. "I Insist" was meant to be the final piece that would let me finish and release an album to be called We Who Have Escaped, which will settle on the top several entries on my samples page. I've engaged the studio to do the mastering and am working with an artist, but have yet to actually pull the switch to set it on its final trajectory, as I remembered one more as-yet-unrecorded song that simply must be on such an album, and no doubt I'll take as much time and care with it as with "I Insist," so it may be a few months.

The other, much longer prepared album, will definitely be called "The Cheese Stands Alone," and was initially supposed to be just those songs (like "The Past Is Not Real") where I played most or all of the parts myself, some of these date back to 1997, and I had a whole batch of songs written and picked out for the album as of 2000. Since I've got about three full albums of not-on-an-album recordings now to work from, this may well now splinter into two albums. Plus I've got two other unreleased band albums (The Sinking & the Aftermath and the Madison Lint album) that still aren't quite done (centering around activity in 2000 and 2001–2004 respectively). So this makes up to five albums that need a formal release now, plus a couple of my 90s albums could use a release on iTunes/Spotify too, and any of that stuff could certainly do with remastering or even remixing in part, if I could scare up the money to get that done. So I've been planning a Kickstarter campaign to get my life's work here organized and will hopefully get a page up for that within the month. Mastering is about $25/song, whereas a professional remix for a song (i.e., what we did for every New People track) is closer to $200, plus around $50 to get one album put up on CDBaby where it gets distriuted to the e-outlets, plus any actual CD copies would cost a few bucks each, plus whatever (small amount) I pay the artists. Should you want to contribute and enable some of this to happen, there's a "donate" button on my samples page.