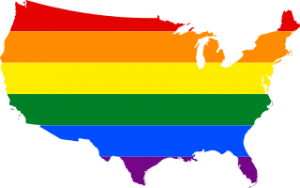 A misconception holds sway over how many people think of the principle that it is wrong to discriminate on the basis of personal characteristics like race and sex. The misconception is that the principle applies only to the lucky winners of a reverse popularity contest: only the unpopular get equal protection.

You can see this misconception at work in a recent post on the New York Times’s philosophical blog, “The Stone,” by a philosophy professor named John Corvino. Without getting into the details, Corvino essentially argues that LGBTs should be protected by anti-discrimination laws only if they are sufficiently analogous to African Americans, and they are not, so that they should not receive such protection. Even if being LGBT is an immutable trait, he says, that alone cannot justify granting anti-discrimination protections, because we generally permit discrimination on the basis of other immutable traits. For example, if a photographer does not like children, he can refuse to photograph a child’s birthday party without being accused of “discrimination.”

Instead of immutability, Corvino claims the key factor justifying such protection is that a group suffers from sufficiently systematic discrimination both historically and in the present. Based on that factor, Corvino concludes that LGBTs are currently just too darned popular to deserve protection from discrimination: “To treat the lesbian couple’s situation as identical—and thus as obviously deserving of the same legal remedy—is to minimize our racist past and exaggerate L.G.B.T.-rights opponents’ current strength.”

Putting aside the question of whether LGBTs are really so popular, it is puzzling that Corvino fails to address another obvious, often-cited analogue between LGBTs and African Americans: being LGBT or an African American generally do not affect one’s ability to contribute to society. This omission runs counter to the approach taken in anti-discrimination law, where that factor is often treated as critical. In particular, civil rights laws usually apply much more rigorously to discrimination on the basis of classifications that have two distinguishing qualities: there is a history of discrimination on the basis of that classification, and that classification does not affect one’s ability to contribute to society.

In contrast, courts generally think that “[i]mmutability and [current] lack of political power are not strictly necessary factors to identify a suspect class” under the Equal Protection Clause. Windsor v. U.S., 699 F. 3d 169, 181 (2nd Cir. 2012). Likewise, no one seems to think that being politically powerful enough to get a civil rights law passed should disqualify the law’s beneficiaries from its protections.

Though Corvino is arguing from the right, a variation of the same mistake can be found in the claims of some on the left that it is impossible for a members of a less-powerful group to unjustly discriminate against a more-powerful social group. Watered down a bit, the argument is correct in the sense that less-powerful groups usually lack the means to carry out whatever prejudices they have, and any discrimination they do commit is less likely to build on and reinforce similar practices; any harm is likely to be de minimis. The argument is also correct in that most likely, the bulk of the so-called “reverse discrimination” is reasonably aimed at trying to remedy past discrimination while doing the least amount of collateral damage. Reverse discrimination is a very rare bird that happens to be the subject of countless myths and legends.

But rarity is not the same thing as impossibility. The left’s "impossibility" argument ignores the same key factor for granting protections that Corvino also overlooks: the ability to contribute to society regardless of whether one has the personal trait in question. One does not have to be a member of the out-group to suffer from unfair judgment on the basis of such personal traits. As such, reverse discrimination is a real (though rare) possibility.

Indeed, it is striking that no one on the left takes the next logical step of saying that we should amend civil rights statutes to permit discrimination against more-powerful groups under laws like Title VII of the Civil Rights Act of 1964. As written, Title VII prohibits employment discrimination on the basis of “race, color, religion, sex, or national origin.” Maybe it should instead prohibit discrimination only against non-white people, non-Christian people, non-male people, and non–native born people? And yet no one draws that conclusion. That silence is telling.

Dan Johnson is a lawyer in Chicago. His practice focuses on commercial litigation, and he has worked on a wide variety of pro bono matters.