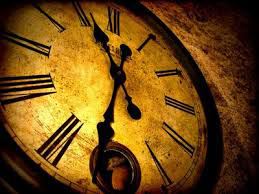 Historicism is a somewhat obscure term, but one does occasionally encounter it in philosophy, and especially in discussions about the theory and nature of history, so I thought it might be worthwhile to pause for a moment and discuss it.

Historicism is the view, first advanced by Giambattista Vico, and later rediscovered (apparently independently) by German historians, that there does not exist any extra-historical perspective on which judgments about people or ideas can be grounded. Put another way, there is no such thing as a “general category,” a “universal principle,” or “human nature” inherent in reality itself—there are only individual objects, individual people, and their interpretations of reality, where reality is conceived of as one enormous, unconquerable brute fact, about which we can entertain notions, but cannot have knowledge.

Giambattista Vico arrived at his philosophy by inverting Descartes, whose universalism and rationalism he opposed. According to Descartes, mathematics is the outstanding example of reason, on which all serious thought should be based. This is because everything follows logically and necessarily from a few self-evident axioms, and because a mathematical relation admits of definite and fixed variables—in other words, because mathematics is not a matter of interpretation, but of necessity. For Descartes, this is the structure of the universe, which the philosopher should emulate by so structuring his own thought.

Vico agreed that knowledge of mathematics was certain, but he contested the claim that this was because of a necessary relationship to the universe. On the contrary, he insisted that knowledge of mathematics was certain because it was created by human beings. Thus to Descartes’s “cogito ergo sum,” from which everything else in his system was derived, he proposed an alternative: “verum factum,” or “the true is the made.” Human knowledge can only be of those things that humans have created—but because God is the creator of the universe, only God knows that. (It may be worthwhile to recall that Descartes also believed in God, and indeed thought he had proven his existence through logical deduction; it would be a mistake to see their dispute in terms of religion.)

This view was revived by Johann Herder, GWF Hegel, and Leopold von Ranke in the late-eighteenth and early-nineteenth century, became the basis of German historical scholarship throughout the century, and even occasionally produced philosophers such as Wilhelm Dilthey and Karl Marx. It was not seriously challenged in Germany until after the close of the Second World War.

Historicists agree that human beings are products of history, and that their values and knowledge necessarily rest on a contingent and somewhat mysterious process. However, they do not necessarily agree about the implications of this principle. In general, they can be thought of as falling along a spectrum, with historicists of a more skeptical turn denying the possibility of any knowledge of history (and hence of the world) except that arrived at “from the inside,” and those with a more daring spirit who believe that reason can “pull itself up by its own bootstraps,” to use Hayek’s phrase. The latter group believes, in other words, that knowledge of the contingent nature of knowledge is in fact a kind of noncontingent knowledge, from which other kinds of knowledge can potentially be leveraged. Vico, Hegel, and Ranke fall into the first group, Marx and Karl Mannheim into the second.

Although historicism originally developed, as we have said, as a counter-move to Cartesian rationalism, and was picked up, as we have said elsewhere, by the German historical profession for political as well as for philosophical purposes in the aftermath of the Napoleonic wars, as the nineteenth century wore on, it tended to merge with one of the most important successors to Cartesian rationalism—the sociology of the French positivists St. Simon and Auguste Comte, who advocated scientific socialism as a means of administering the state. This view was picked up, expanded, and popularized by Karl Marx, who believed that he had discovered laws that govern history in more or less the same way that Newton’s laws govern physics or Darwin’s biology.

The philosophy of Karl Marx thus became the most widely known form of historicism, although, as we have said, it was not very representative. Most historicists were not positivists—they did not believe, as Marx did, that history could be understood as a mechanism, that it was governed by deterministic laws, or that reason could “lift itself up by its own bootstraps” (to quote Hayek) in order to acquire an extra-historical vantage point, and they certainly were not socialists, since historicism began as a conservative political doctrine. But because Marx was so influential, he created a major strand within historicism. This is the strand that Karl Popper and Friedrich Hayek attacked in their “anti-historicist” work of the 1940s and 1950s.

This post is the fifteenth is a series on the philosophy of history; the previous article in the series is here, the next one is here.

Daniel Halverson is a graduate student studying the history of Science and Technology of nineteenth-century Germany. He is also a regular contributor to the PEL Facebook page.