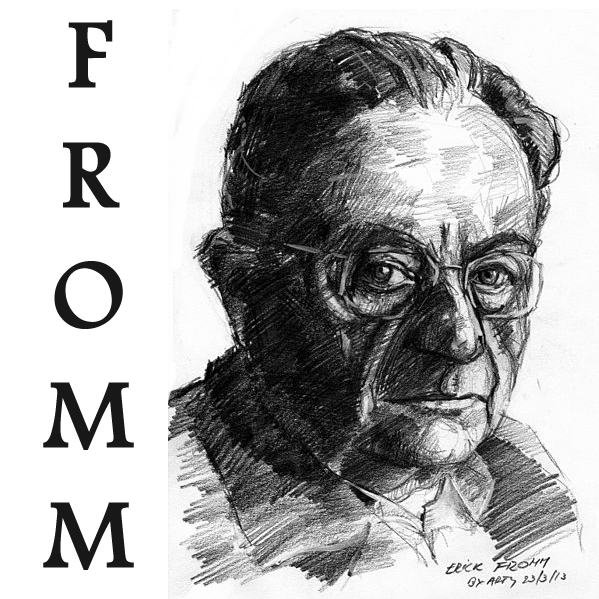 A Valentine's Day special topic! What is love, really? This psychoanalyst of the Frankfurt school thinks that real love is not something one "falls" into, but is an art, an activity, and doing it well requires a disciplined openness and psychological health. Love is the answer to the deep human need to rid ourself of isolation, but a mere sexual union won't provide real intimacy. To connect the center of your being with the center of another's being, you need to really know yourself and know the other, and this knowing requires an overall openness that amounts to a love of humanity, a feeling of oneness with nature, and an overall orientation toward the good, which is what he considers a mature take on "love of God," which doesn't imply, e.g., a belief in a judging deity, which would be a mature imposition into nature of insecurities about the conditional love of one's father.

So yes, this is replete with psychoanalytic weirdness (and without any clinical basis presented), and very much reflects its time (prurient, sexist, homophobic), but Fromm also puts forward a Marxist social commentary that's very much in line with our New Work and Hannah Arendt episodes, i.e., we need to remake society into the kind of place where loving can be the rule and not the exception, as our current society steers us to treat others and ourselves like commodities to be used, and romantic love as likewise trying to score the best deal, find the best love object and make yourself the most desirable (attractive, successful), none of which adds up to intimacy. Oh, and also, stop watching so much TV!

Recommended prerequisites: Ep. 26 on Freud's Civilization and its Discontents, Ep. 100 on Plato's Symposium. We've also discussed this issue of others' recognition of you on many episodes starting with Ep. 36 on Hegel, but perhaps the clearest statement, most relevant to this episode is Ep. 71 on Martin Buber.

or try this online copy.