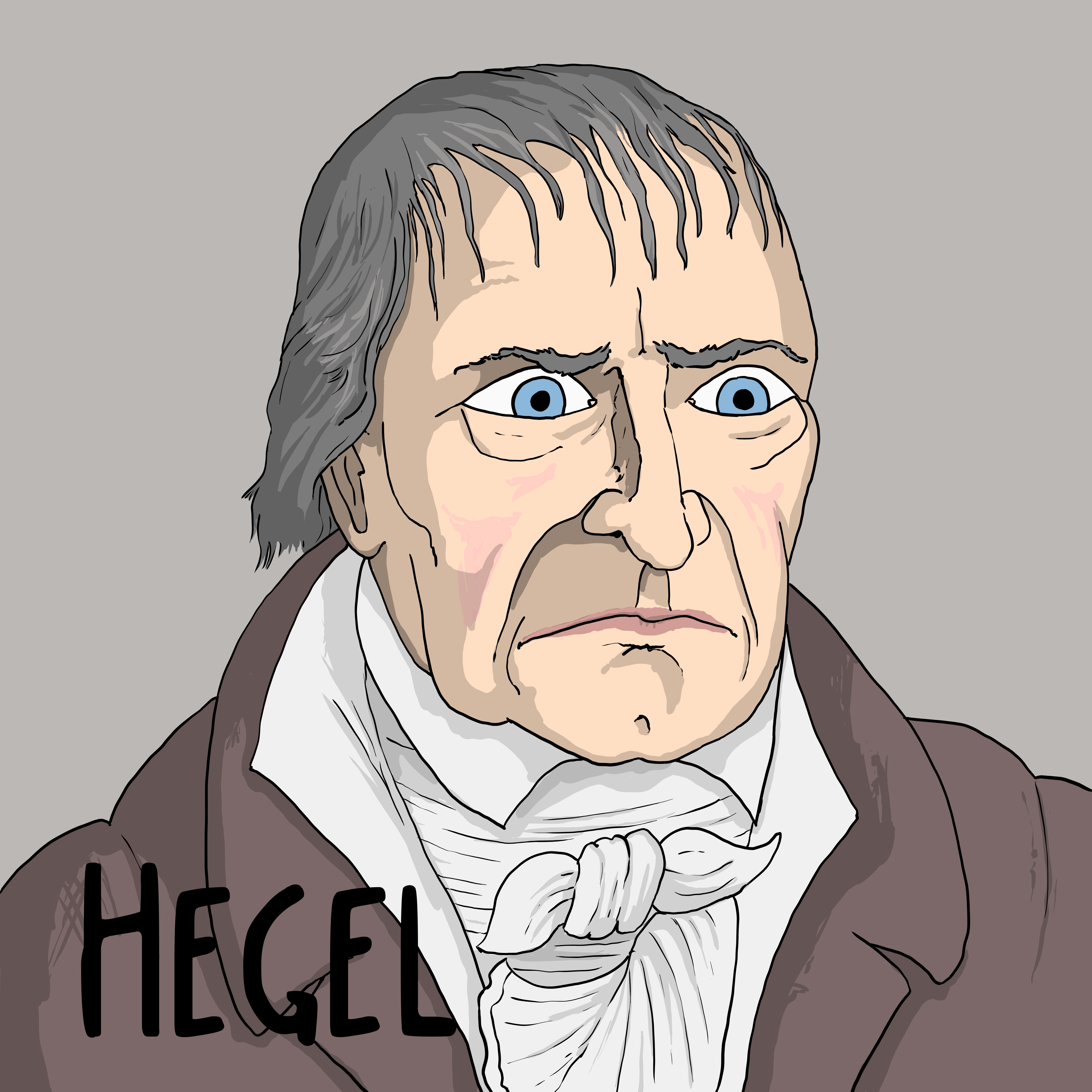 On G.F.W. Hegel's The Science of Logic

"Logic" for Hegel isn't about symbolic logic; it's about how thought interacts with the world. In short, our thoughts about fundamental metaphysical categories bear the same relations to each other as the the categories themselves do. This will take some explaining, so we're doing another two-discussion series here, this time just taking on the introductory part of his account. We talk a lot about how Hegel is reacting to and and building on Kant: how Kant said that due to the structure of the mind-world relation, we can't really know anything about the world and so can't do metaphysics at all. Hegel denies this, saying that we can reach "absolute knowledge" through rigorous thought, which is a matter of analyzing the internal contents of our various concepts and philosophical theories to see how they break down and so lead to improved versions of themselves.

Recommended prerequisites: Ep. 19 on Kant's epistemology, ep. 35 on Hegel's Phenomenology of Spirit, ep. 89 on Berkeley's idealism. Interesting points of comparison are ep. 131 Aristotle on "nous" and ep. 34 Frege on "Thoughts." Hegel's position in the Logic was the basis for British Hegelianism, which in turn was exactly what the logical atomism of Russell and early Wittgenstein (episode 7) was a reaction to.

Consideration of this book continues on ep. 135, and then on the Aftershow, which you need to be a PEL Citizen to listen to. Please support PEL.

End song: "Procrastination" by Steve Petrinko from The MayTricks' Happy Songs Will Bring You Down (1994). Download the whole album for free. Listen to Mark interview Steve on Nakedly Examined Music.