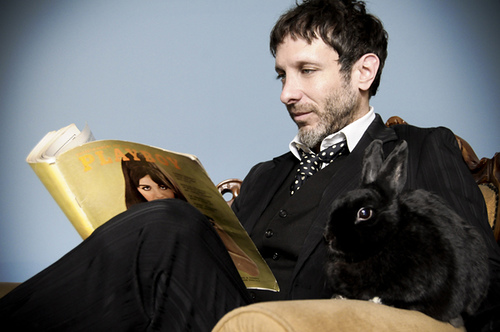 After serving a stint with the Flaming Lips, Jonathan has been putting out albums with Mercury Rev since 1991. Over time, their music has shifted from noisy alternative rock to symphonic, soundtrack pop songs... still psychedelic, but now with an unapologetically Disneyesque influence, with the magic of nature swirling out through harp glissandos and french horns, all standing behind a simple, stark melody delivered by Jonathan's high, Neil-Youngesque voice, which sings of nature and things more abstract.

We discuss "Autumn's in the Air" from The Light In You

We wrap up by listening to “Central Park East” also from The Light in You. Opening/closing music is "Car Wash Hair" from Yerself Is Steam