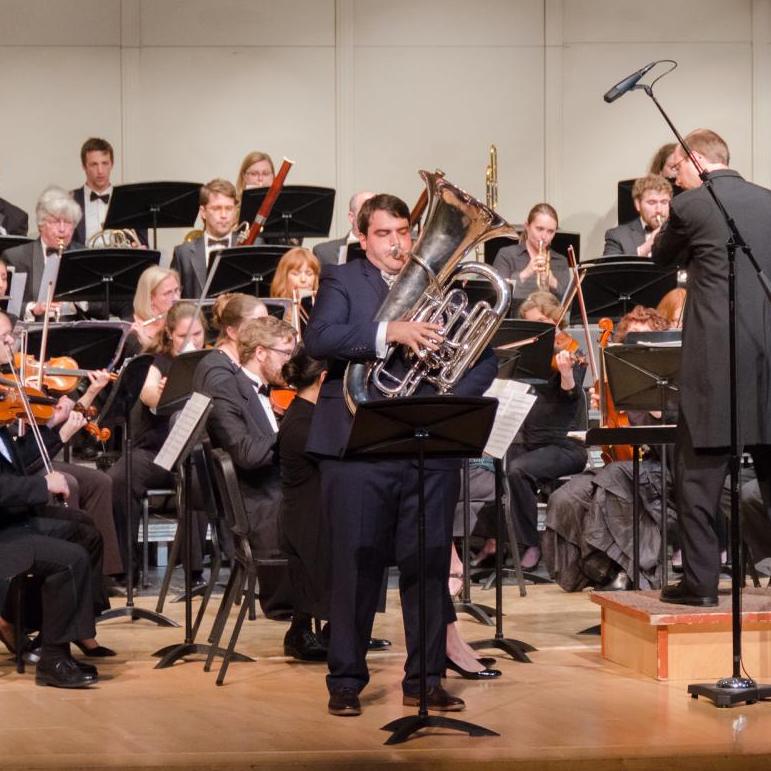 This orchestral tubist and pop songwriter has merged his two worlds to compose fun new additions to the solo tuba repertoire and classically influenced piano-vocal songs (with scores!).

: The tuba duet "Mendota" (performed with Jacob Grewe) and the vocal tune "Love for My Own." We then discuss the third movement of his "Concerto for Tuba and Orchestra (or Piano)" as performed in June 2016 with the Middleton Community Orchestra. The opening music is a bit of the first movement of that piece, and we listen at the end to "Disco Tubas," also from his album.

Learn more at patdoty.com. You can listen to the whole concerto, follow along with the score for "Mendota," and hear more from his album. Here's info on Øystein Baadsvik, whom Pat mentions.