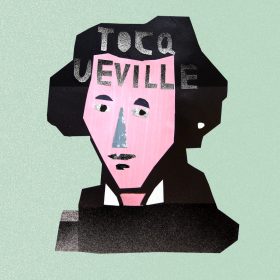 Democracy is in peril! So said Tocqueville in 1835 and 1840 when Democracy is America was published, and so would he likely say now. Democracy is always just one demagogue away from stripping us of our liberties, though certain structural and cultural features can make that more or less likely.

Tocqueville liked our spirit of volunteerism, our civic activeness, our energy and inventiveness and competitiveness, and the pervasiveness of religion (at the time) in American culture. But he didn't like our groupthink, our tendencies toward materialism and caring only about our own small circle (what he called "individualism"), our lack of philosophical curiosity, and was in favor of a strong separation between church and state. He thought that people in a democracy value equality over freedom, and that in the absence of a strong spiritual countervailing force, we'd spend more energy pursuing material comfort and so would be more likely to allow a tyrant who promises this to us to take control. He also feared the rise of a new aristocracy out of the business world, with bosses becoming the new de facto lords. Then again, he also feared a race war and thought for sure that if the South tried to secede, the federal government would be too weak to prevent this, so there's that.

This discussion was recorded live at Brown University 10/27/16 with Mark, Seth, Wes, and Dylan engaging the political moment and with an audience during the Q&A portion at the end.

or read it online. Our reading selections were, in order of importance to us:

Watch the discussion (thanks to Brown University and the Swearer Center) here or on YouTube.

End song (for the audio version): "Shot of Democracy" by Cutting Crew from Grinning Souls