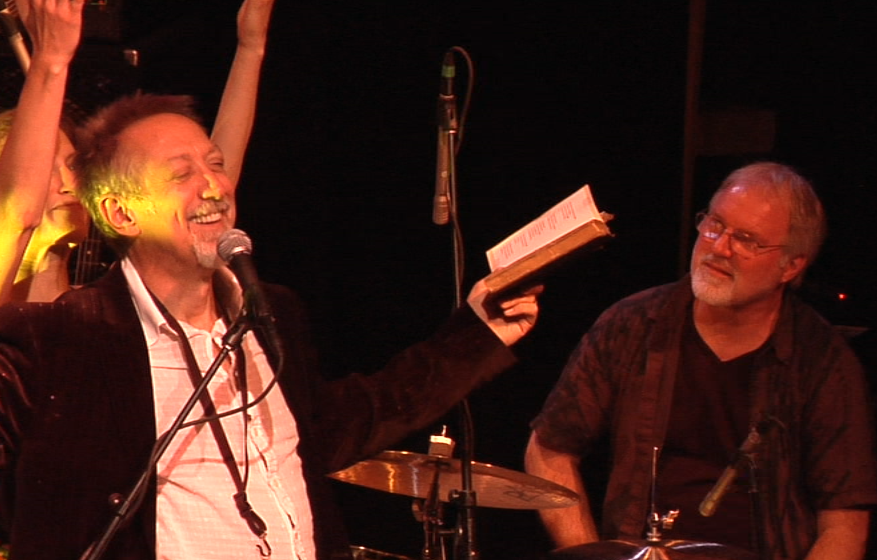 Seven-time Grammy winning drummer Paul Wertico and his multi-instrumentalist/filmmaker/soundscaper cohort David Cain are two-thirds of Wertico, Cain and Gray, an improvisational trio who have released five albums since 2013, each capturing a live event, or in the case of the most recent Short Cuts

Their style has been described as "impressionistic," and while obviously rooted in jazz, pulls from numerous stylistic influences in an anything-goes mélange that includes not only some of the most impressive drumming you've ever seen, but a myriad of textures, as David brings in saxophone, keyboard, occasional beat poetry and/or singing, and a flood of sounds triggered by iPads and other devices.

Hear and see more at werticocainandgray.com. Check out David Cain's YouTube page to hear the trio converse, to watch the Paul Wertico drum solo I mentioned, and see some of David's other work.

The conversation continues with more songs and insight into the guests' activities outside of this band on a track available here to members of the Nakedly Examined Music website. Go sign up and support the program!