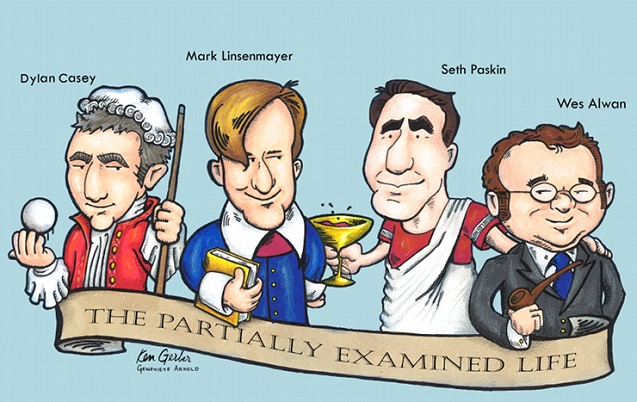 How does studying philosophy help you to make sense of the political landscape? Wes, Mark, Dylan, and Seth play pundit and express their angst over this new era. We reflect on political rhetoric, elitism, and much more.

There is no text for this episode, though we've got Aristotle, Burke, and Tocqueville firmly in mind, and Wes brings up this article from the Guardian, "Welcome to the Age of Anger," by Pankaj Mishra.

This discussion is continued on part 2. You can alternately get the ad-free, unbroken Citizen Edition.