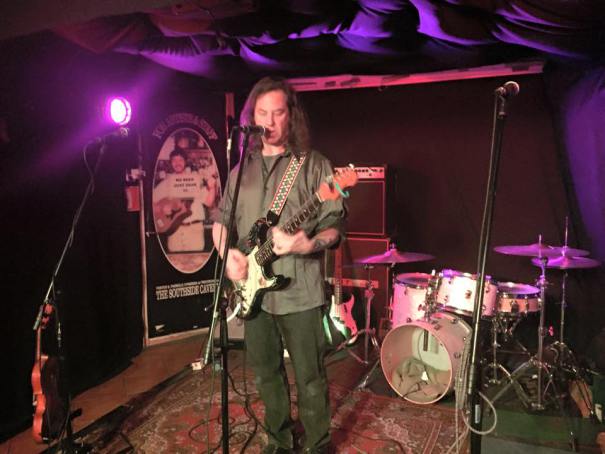 Jonathan played in the '80s with the punk/ethnic California band Camper van Beethoven, and he has since put out 40+ solo albums, sometimes with songs, sometimes guitar improvisations, or instrumental music for dance or film.

We discuss his lengthy art-rock songs with political content: "Sleep for a Hundred Years" and the title track from Superfluity

(2017), then look back to "Civil Disobedience" from Edgy Not Antsy

(2003); that recording was reworked for the Camper van Beethoven reunion album New Roman Times (2004); you'll hear a little bit of that version here too.

End song: "Hey You (I Know You Know Me)" from All Attractions

This is our second guest from CVB, the first being David Lowery. You can hear Jonathan on The Partially Examined Life episodes 115 and 118 (the latter of which also featured CVB bassist Victor Krummenacher, who will hopefully be here on NEM eventually).

Jonathan also played on this long Xmas song of Mark's.

Superfluity also has some short rockers; here's "No Backup Plan. Here's the opening track from Jonathan's 2014 album Shine Out, "The Next Attacking Wave." Here's the longer version of "Hey You." Here's his live, improv trio. Here's the full version of CVB's "Still Wishing to Course."

Here's some info on Bowie's ancient attempt to sell his music via subscription over the Internet. Here's info on Kelly Atkins who sings on Superfluity. Jonathan refers to the structure of "San Geronimo" by Red House Painters.