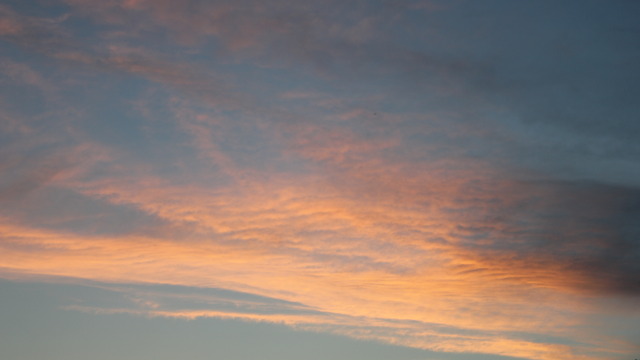 Listen to "Dawning on Me."

I had the pleasure of recently interviewing Ken Stringfellow, best known for his band The Posies, but also a touring member of R.E.M. and part of the revived (1993–2010) line-up of Big Star, and this song is really about the latter band. It's stylistically influenced by their acoustic ballads (like "Thirteen," thus the wording of the second line of the lyric, the first quoting "In the Street"), but it's also about two aspects of the phenomena:

First, many musician/music-critic/music-store-snob types worship this band (see this article re. their influence). Big Star's music permits a high level of sentimentality for dudes who are not allowed to like power ballads. My favorites of their tunes in this category are "The Ballad of El Goodo" and "I Am the Cosmos"; I've covered both of these myself here and here. The whole phenomena is very well depicted in the 2012 documentary film Big Star: Nothing Can Hurt Me.

The second element, which comes out in the second verse of my tune here, is how much Alex Chilton, the main singer (i.e., the one who stuck around for the full duration of the band), really didn't get the appeal of Big Star. He saw the music as basically juvenile and sloppy, and was seemingly just not at all a sentimental guy, either about his early work or as someone who would react as I do to the songs.

So I wrote and recorded this song shortly after my interview with Ken where he described Alex's attitude. I'm certainly no stranger to ambivalence, and don't have a problem with feeling something deeply but at the same time feeling that it's kind of silly. Those things that seep into many of us like Jungian archetypes from Marvel to Star Wars to LOTR-ripoff fantasy are pretty inarguably juvenile, as is rock and roll itself, and accepting that is a part of getting over yourself. It's fine if what warms you all over really just is "warmed over," and if you're resistant to that idea, hopefully some penetrating self-insight will dawn on you at some point, what with music being a way of discovering things about ourselves.

I was very pleased that Ken agreed to record a harmony vocal on the song, remotely and without any particular suggestions from me. It was great to have my voice harmonized by one of my vocal idols, and it gave the song an authentic Big Star pedigree despite my not layering on chimey electric guitars or sprawling drums. I did consider such things, but after letting the song sit for some weeks after receiving Ken's part, trying to decide whether to have my current bandmates add keyboard or female vocal or whatnot, I just put some quick additional harmonies on it myself to fill things out and called it done, for now at least. I hope you like it!

Wholly awarming over
Basically swarming over me
Don’t you adore, it’s over
Dawning on me

Maybe be big deal
Though so small you feel
Your select appeal is real,
But excludes you

It all felt much too lame
Fortunes never came
You won’t out last your name, though
We seize, we feel you more than you do

Wholly a warming over
Maybe the storm blows over, see
Despite yourself left a legacy
Preserved, enshrined, re-enacted
Deserved or not, still effective
Always dawning on and on and on

[Note: according to Google, the image I chose here is from Alex Chilton's tumblr account, though probably it's just from someone else's account, talking about Alex. I find it difficult to imagine him having such an account before his death in 2010. Whatever; I thought it was a cool coincidence when I was searching for a picture.]