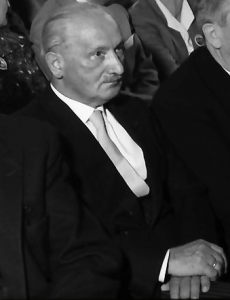 Philosophical and psychological questions about authenticity go right back to the beginning of the Western intellectual tradition in the form of Socrates’s concern with the genuine self. Eight hundred years later, St. Augustine expressed a similar interest in the true self, but it was the slow shift in emphasis from divine to human values during the Renaissance, the Enlightenment, and the Romantic era that saw authenticity move to center stage in philosophy. Complex conceptions of being oneself—or, more specifically, being true to oneself—were developed by Søren Kierkegaard and Friedrich Nietzsche in the nineteenth century. In the twentieth century, psychology contributed to the development of the concept and Abraham Maslow’s influential hierarchy of needs was itself a model of authenticity: self-actualization is not just being all one can be, but becoming more and more what one is. In the last three decades, the dominant philosophical conception—Martin Heidegger’s Eigentlichkeit—has been adopted by the positive psychology movement and appears in the work of Mihaly Csikszentmihalyi and Martin Seligman. The most obvious indicator of interest in genuine, true, or authentic selfhood moving into the mainstream is Hollywood’s obsession with the subject, which has come to dominate the two most popular and financially lucrative genres, children’s films and superhero movies.

Heidegger was one of the most famous philosophers of the twentieth century, and his work continues to exert a huge influence in the phenomenological, existential, hermeneutic, and poststructural traditions of philosophy and theory. He was also a member of the National Socialist German Workers’ Party from 1933 to 1945. He expressed neither remorse nor regret for his membership and his recently published Black Notebooks furthermore reveal a deep-seated antisemitism, despite his affair with Jewish student Hannah Arendt. Heidegger claimed that authenticity was more basic than and prior to moral philosophy and thus lacking in ethical content. The problem is that authenticity is a concept in the philosophy of action, and that premoral therefore means amoral. Heidegger’s own life is indicative of the potential dangers of authenticity, but I recently examined a paradigmatic case in Oskar-Paul Dirlewanger, who was both an exemplar of authenticity and one of the worst war criminals produced by the Third Reich. If taking Heidegger’s authenticity seriously makes heroes of monsters, is it really worth discussing?

Heidegger set out his conception in his magnum opus, Being and Time (1927), which is notoriously complex and notoriously resistant to paraphrase. The work is concerned with the being of being itself and consequently the being of intentional agents, a category that is contingently rather than necessarily restricted to human beings. Heidegger begins with a detailed analysis of human agency and the way in which the human subject experiences, interacts with, and imposes his or her will upon the objective world. The most important characteristic of human agency is temporality, and temporality has a twofold significance: human agency ends in demise (the facticity of death) and human agency projects towards this demise (transcends the facticity of demise). Mortality is thus an end in both senses for Heidegger, a termination and a purpose. Like most of Heidegger’s crucial concepts, authenticity is multi-layered and has an everyday, philosophical, and phenomenological meaning. He distinguishes these by using the terms being-towards-death, freedom towards death, and anticipatory resoluteness, but the idea is neatly captured in being-ever-at-the-point-of-death. Because death is life’s only certainty and no one can die for anyone else (in acts of sacrifice, the inevitable is only delayed), one’s own death is what individuates one from others. Dying is the attitude one takes toward one’s demise and dying is therefore, paradoxically, a way of life. Most people avoid thinking about death most of the time, and in failing to project toward their own demise fail to give their lives meaning. Dying is both the way in which one becomes oneself and the way in which one achieves self-constancy, which links Heidegger’s philosophy to the psychology of self-actualization. Being-ever-at-the-point-of-death is not living as if there is no tomorrow, but living in recognition that today might be my last. In this way, one accepts the past and future contingency of one’s projects while asserting one’s identity and making one’s life meaningful.

The priority Heidegger accords to the death of the self leaves very little room for the value of interaction with others and guarantees the amorality of authenticity. If one thinks that Heidegger exaggerates the role of death in life, then one will not be convinced by his conception. If one regards the significance he accords to death as unlocking the potential for human flourishing, then one is faced with a problem: how to introduce an ethical element into authenticity without altering the concept beyond recognition. Simone de Beauvoir, who is best known as the mother of modern feminism courtesy of her magnum opus, The Second Sex (1949), managed to achieve precisely this in two of her early works, Pyrrhus and Cinéas (1944) and The Ethics of Ambiguity (1948). Beauvoir accepted Heidegger’s conception of dying as a way of life, but maintained that human agency projects toward ends of its own choosing rather than toward choosing its own end. Transcendence for Beauvoir is perpetual and does not end with demise. She called this projection moral freedom and set out her argument for the significance of being for others as follows:

Several of Beauvoir’s contemporaries—such as Albert Camus and Samuel Beckett—disagreed with her conclusion on the basis that human being was indeed absurd. If one accepts that human being is not absurd, however, then one must choose projects that are likely to be taken on by others after one’s death, and the result is that the freedom of the self is both limited by and reliant upon the freedom of others. In Beauvoir’s conception, authenticity cannot be achieved on one’s own, and being true to oneself thus involves respect for the freedom of others. Beauvoir’s contribution to authenticity and to ethical theory more generally is greatly underrated—largely because of her comments in Force of Circumstance (1963), the third of her four autobiographies. Here, a Beauvoir deeply distressed by France’s desperate efforts to retain her empire disowns her early essays for failing to acknowledge the ways in which concrete freedom—real or material freedom, freedom in situation—can restrict the exercise of moral freedom.

Interestingly, it was precisely this subject—and its relation to authenticity—that was addressed by one of Beauvoir’s contemporaries, the psychiatrist, philosopher, and revolutionary Frantz Fanon. Despite dying at the age of thirty-six and spending much of his adult life either in the army, practicing psychiatry, or on the run from the French and American security services, Fanon published two remarkable treatises: Black Skin, White Masks (1952), a philosophical work on the phenomenology of race; and The Wretched of the Earth (1961), a political work on colonialism and decolonization. In the former, Fanon was concerned with what he called crystallization, the way in which black subjects internalize the negative stereotypes propagated by white colonizers and in so doing become instruments of their own oppression. In the process of crystallization, the lack of concrete freedom of black subjects restricts their moral freedom by preventing them from pursuing projects of their own choosing. The inauthentic response to crystallization involves establishing an essential black subject in a separate but equal opposition to an essential white subject. The authentic response involves two steps. The first is to recognize that black (as opposed to white) subjectivity is immanent, the very term employed by Beauvoir to describe the subjectivity of women (as opposed to men) in The Second Sex. The second step involves transcending cultural crystallization, recognizing the immanence as facticity and projecting beyond that facticity toward ends of one’s own choosing. What may come as a surprise, given the accusations that Fanon was sexist, is that his authentic response is particularly applicable to women because he is concerned with anyone whose subjectivity is overdetermined by their appearance, i.e., anyone who suffers discrimination on the basis of visible difference.

It seems, therefore, that Fanon addresses Beauvoir’s reservation about the relation between concrete and moral freedom and that Beauvoir’s moral freedom introduces an ethical dimension into authenticity without altering the emphasis on mortality, merely offering a different (and, to my mind, more compelling) conception of transcendence. If one is attracted to Heidegger’s authenticity, one does not thus need to commit to an amoral, immoral, or premoral position, and moral monsters such as Dirlewanger become absurd because their projects are not completed by others and their projection remains indefinite. One can accept Heidegger’s phenomenology and authenticity without prioritizing one’s own death and life over others because the facticity of demise results in one life being made meaningful by the combination of one’s own efforts and the posthumous collaboration of others. At the same time, one must balance respect for the other with respect for the self, remaining alert to the prospect of immanence by projecting one’s self beyond determination by others. This conception not only combines the authentic with the ethical, but facilitates the move from philosophical theory to psychological practice.

Rafe McGregor is Lecturer in Criminology at Leeds Trinity University. His research specializations are narrative justice and policing. He is the the author of The Value of Literature, The Architect of Murder, two novellas, four collections of short stories, and numerous articles, essays, and reviews. His most recent book is The Adventures of Roderick Langham. He is Associate Lecturer at the Centre for Lifelong Learning at the University of York, where he runs the Exploring Human Values lectures and workshops.