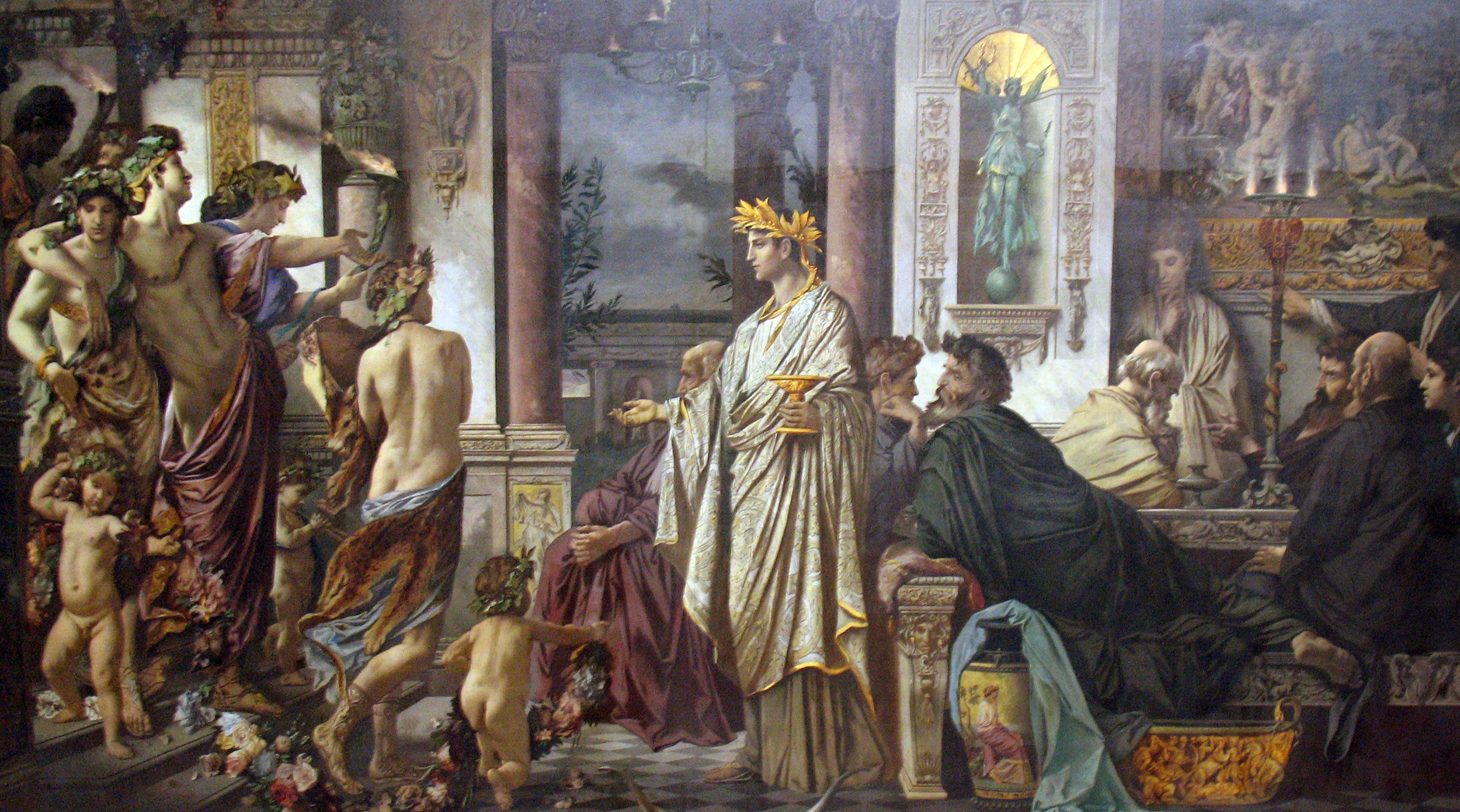 Join Lise, Jeff and Brian for another Platonic dialogue! Socrates and Alcibiades reappear at a party attended by several characters who decide to take turns praising Eros, who is often referred to in English as the "god of love." As the dialogue progresses, we learn there is much more to love, or rather to "eros" than sexual desire, and the characters’ conversation moves on to numerous other topics, including politics, law, and philosophy.