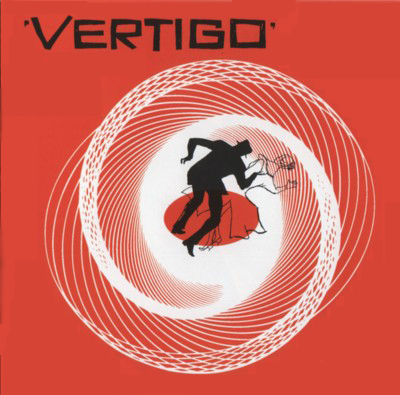 On the film Vertigo by Alfred Hitchcock (1958) and articles analyzing it including Laura Mulvey's "Visual Pleasure and Narrative Cinema" (1975) and Robin Wood's "Vertigo" (1965).

Hey folks: Part one, here, as always is just the first half of the conversation, but unlike for every previous part one, there will be no part two on the public feed. In a brazenly commercial move designed to reward our current supporters and tempt you to show your appreciation for PEL and become one, we're keeping the juicy second half of this discussion only for PEL Citizens and Patreon supporters. Go become a Citizen for full access to everything we've ever released at partiallyexaminedlife.com/membership-options (find the Citizen version here or add the Citizen feed to your mobile device), or go support us at $1 or more on patreon.com/partiallyexaminedlife (the specific post for Vertigo is here) for immediate access to the full, unbroken, ad-free discussion, because if you go looking for part 2, you will find yourself only hanging over a void of despair.

Vertigo has received more scholarly analysis than perhaps any film in history, and the PEL foursome talk through its free-play with cinematic conventions, its themes, and the philosophical issues involved. It's a thriller/detective story about a man crippled by trauma associated with his fear of heights who falls in love with a mysterious woman he has been tasked with following, and their increasingly crazy relationship.

One key theme is the nature of love and lust: Is the messed-up interplay depicted of this film simply an aberration, or does it show us some dark undercurrent essential to romance? According to Jacques Lacan, "there is no sexual relationship," meaning that sex doesn't really touch the "otherness" of the other person; we remain isolated, getting pleasure from flesh and from an image we have in mind. (This strange view is explained in more detail in this blog post by Leon Brenner.) Laura Mulvey describes the woman as made into an object, first by the protagonist's stalkery gaze, and later explicitly through a Pygmalion-type reshaping to meet an ideal of beauty. And of course, we as spectators of the movie are objectifying her as well, though Hitchcock plays with this by shifting the narrative persona to her at a key point. Is femininity as our culture defines it really an artificial creation of men, designed for their pleasure and not for the benefit of women?

Interpreting the film existentially, is the vertigo depicted here not just the quirk of a particular character, but some part of the human condition, like nausea for Sartre or anxiety for Heidegger? Robin Wood describes the protagonist as perpetually hanging over an abyss for the whole film… metaphorically, but even perhaps literally, given that it starts with him literally hanging from a ledge and never actually explains how he could possibly have been rescued. Are we, too, always one step away from falling off the firm-seeming but ultimately illusory grounding that society is designed to keep us staring at? Perhaps when we leave Plato's cave and depart from the norm, we don't see a changeless heaven, but a void of non-meaning.

or watch it online (note that you can watch it in its proper form on YouTube for $3).

Here are the full citations for all the articles that we were supposed to have read, though only the Mulvey and the Wood came up by name in our discussion:

Here's the 1962 discussion of Vertigo between Hitchcock and Francois Truffaut. Here's the alternate ending Mark mentions near the beginning. Mark also watched this roundtable discussion (that featured one guy who thought that the film actually was a great romance).