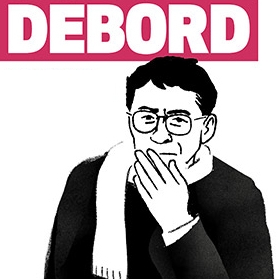 On the 1967 neo-Marxist, Situtationist book.

What is culture? In modern capitalism, Debord thinks that it's all about the economy. It's not just our jobs that keep us trapped, but our life outside of working hours is also demanded by "the system" via our activity as consumers, and this commoditization infiltrates every corner of our lives.

Debord wants us to WAKE UP, break our chains, and live lives of immediacy, vitality, and authenticity. This means wrenching ourselves from "the spectacle," which is not just the media created to distract us (per our ep. #136 on Adorno), but our whole shallow culture where technology, efficiency, and loss of aesthetic quality in favor of economic quantity all isolate us from each other so that we can't effectively engage in political opposition.

Is this all a bit exaggerated? Is the type of shallowness Debord refers to really restricted to the modern age, or to capitalism? Haven't we always had spectacles foisted upon us to keep us in line? Mark, Seth, Wes, and Dylan delve into this prescient critique and come up firing on all four cylinders.

For more information on the Situationist International movement in France (1956–1972), watch this documentary.

Debord picture from the cover of this French book.