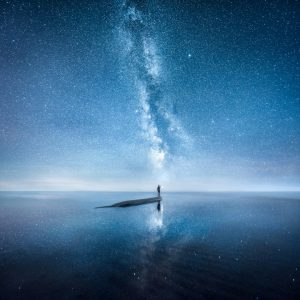 Where did humanity, the world of life, and our universe come from? What sort of patterns do they evince, how can they be explained, and how can we affect their outcome? Science tries to answer questions like this through observation, measurement, and experiment. One of the defining characteristics of our time is the centrality of science to our society and our understanding of ourselves and the world around us. Because of this centrality, science and its surrounding issues have drawn enormous scholarly attention, and are often hotly contested.

One area in which this contest has been especially important is in the interactions of science with theology. Theology, too, tries to answer questions that we all wonder about at times. What is the meaning of life? How should we respond to evil and suffering? How can we live together in community? Can we know that God exists? If so, what is he like? And what, if anything, does (s)he expect from us? If we put science and theology next to each other, how do they interact? What sort of world-picture emerges?

Of course there are many people who think that the answer to this question is really quite simple. In the times of ignorance, before science, people had theology – which is to say, superstition. Back then they believed in elves and faeries, angels and devils, gods and an afterlife, and all sorts of other nonsense. Now we live in the age of reason – or, at any rate, are trying to – and science has answered, or will shortly answer, the really important questions. From that point of view, the only thing left for theology to do is to liquidate itself so that we can get on with the business that really matters. Its persistence is at best irrelevant, at worst positively menacing. Atheist cosmologist Victor Stenger summarized this argument crisply after 9/11, writing that “science flies you to the moon, religion flies you into buildings.”

Well, that’s one perspective. It hasn’t usually been expressed with Stenger’s sense of outrage, or even, necessarily, with any hostility, but at any rate it’s been very prominent throughout the twentieth century, and into the twenty-first. When Antony Flew wrote his famous paper, “The Presumption of Atheism,” in 1972, he wasn’t just making a philosophical argument on his own behalf, he was expressing the mood of an entire age. Cultured people were not supposed to get involved with that hokey religion stuff.

The presumption of secularism has been so strong, at least in intellectual circles, that it hasn’t required discussion

The result has been, not so much a presumption of atheism, which is still very much a minority view (at least in the United States), but a presumption of secularism. Secularism is a term that has seemed, for a long time, to exist on the periphery of the world of thought. Although there is a general sense in which the word is understood—i.e., for a society in which religion does not have a central place—it has not received very much philosophical attention. That is the way that a well-functioning worldview, or set of assumptions, operates—seamlessly, invisibly, reflexively. The presumption of secularism has been so strong, at least in intellectual circles, that it hasn’t required discussion. Everyone just knew that serious intellectual activity was secular. As a result, we haven’t needed to think about what it is, or where it comes from, or why we ought to be secular, except by way of contrast with that hokey religion stuff.

In this series I would like to challenge some of these assumptions. What I mean is that we’ve all heard the story that a certain variety of secularism tells about itself: that nothing interesting is happening in theology, that it’s not interested in (or is hostile to) science, that faith communities are on their way out, and that science points the way to a brave new world of freedom and progress. Similarly, we all know that religion has a history and a philosophy. There are whole university departments dedicated to “religion studies,” where Hinduism and Judaism and Shinto get lumped together and treated as this one thing, “religion.” Of course, Presbyterians don’t think they’re the same as Muslims; they don’t even think they’re the same as Catholics! But they still get sorted into the same category in contemporary high culture. But what about secularism? What about its history? What about its philosophy? Is secularism the same in the United States as it is in Europe, in India, in Australia, or in China? Just what is secularism, anyway? And what is its real relationship to theology? In this series, I hope to include secularism in the conversation, not as a hidden participant that sets the agenda for the others, but as one that is itself an object of inquiry. I believe that some of the most exciting scholarship of our time explores the philosophy and the history of secularism.

There has been vigorous, constructive theological engagement with science right from the beginning

Another goal for this series is to try get beyond some familiar stereotypes about this discussion. On the one hand, there is a very widespread view about theology, that it is simply the repetition of stale old orthodoxies from a position of pretended authority. No doubt there are faith communities where something like that is going on. But theology is not the same thing as fundamentalism, and it is unfair and untrue to tar all or most people of faith with this same broad brush. There has been vigorous, constructive theological engagement with science right from the beginning, and I hope to show that it has been much more interesting than is generally supposed. On the other hand, there is also a view about science, that scientists are not interested in theology or don’t participate in it. This is not really true either, as I hope to show. Faith communities are themselves objects of scientific study, by sociologists and psychologists; plenty of scientists have advanced theological proposals on the basis of their work, and it would be arbitrary to deny them a hearing simply because they don’t fit into some preexisting category. Nevertheless, there has been conflict and we won’t sidestep that. New Atheists and conservative theologians have been a part of this discussion, and they too should have their say.

Perhaps most importantly, however, I hope to share my excitement about the world of ideas. Every day, fascinating research is being published, and bold new ideas are being explored. But because they often appear in obscure academic journals, are phrased in technical language, or are hidden in enormous, intimidating books, only people who are “in the loop,” so to speak, know where to find them. Too often they disappear into an undeserved obscurity. As we explore this small corner of the world of thought, I hope you’ll agree that these ideas enrich our understanding of science, theology, and ourselves.

Daniel Halverson is a graduate student studying the History of Science and Technology. He is also a regular contributor to the PEL Facebook page.