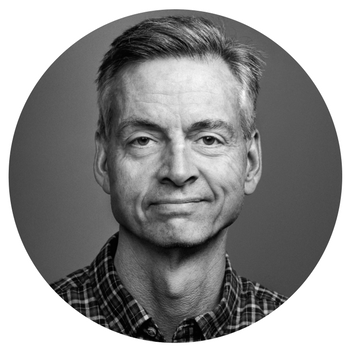 Bob joins Mark, Seth, Wes, and Dylan to discuss his new book Why Buddhism Is True: The Science and Philosophy of Meditation and Enlightenment

Bob is a best-selling author and scholar in the area of evolutionary psychology (as well as a podcaster: check out bloggingheads.tv). His past books like Nonzero

and The Moral Animal

lay down foundations for talking about the evolutionary reasons why we feel ourselves to have the sense of self, emotions, moral sentiments, and purposes that we do. Now, he applies that insight to explicating the human condition as Western Buddhism (meaning Buddhism without supernatural elements; see also our interview with Owen Flanagan) describes it: We are fundamentally deluded in a number of ways, and Bob thinks that meditative practice can help us see the world more truly, discarding some of what makes us suffer.

For instance, maybe you tend to get jealous, and Bob can give you an evolutionary story why feeling this way would have helped your ancestors, i.e., was "true" (i.e., adaptive) for them. But it's not such a useful emotion for us now, and keeps us from objectively evaluating our situation. Focusing meditatively on negative emotions like this can help you gain distance from them, see them as something happening to you, not as really part of you. Our feelings and desires are leftover instructions from an evolutionary past, and in many cases they just don't fruitfully apply to today's world. We don't need to go into fight-or-flight mode, certainly not in reaction to social anxiety or other modern worries. While we certainly don't want to ditch love, we don't thrive when controlled by really needy, jealous love.

In fact, the whole unified sense of "self" that you have, and the consequent helplessness you may feel when things are out of your control, are illusions according to Buddhism. You never were in control in the first place! To get the classical picture here, we read and discuss (in part 2) with Bob the Buddha's so-called Second Discourse, i.e., the very short "Anatta-lakkhana Sutta: The Discourse on the Not-Self Characteristic." If your emotions like jealousy really were you, really part of the thing that sees out through your eyes and makes your decisions, then (argues the Buddha) you'd have control over them.

But you don't: emotions just happen, and you shouldn't take them so personally. The same goes for your body, your thoughts, and everything you might consider you. For Bob's purposes, we don't actually have to follow this argument all the way in the manner of an orthodox Buddhist to the point that we deny that there is any self at all, i.e., no consciousness that you'd want to call "you," but there certainly is no central, unified decision-maker running the show in your mind. That's just another trick of evolution: we need to present ourselves as unified and in control in order to impress mates and to act decisively in do-or-die situations.

Bob points to the modular model of mind to support the idea that this unified self is an illusion. On this model, the mind is a collection of processors, and there's a "jealousy module," i.e., a particular functional system within the brain, that is competing for control with other modules, and the module that gets most pumped up with emotion wins the day. By just stopping and looking at the emotion as it starts, you keep that module from taking control. Ironically, you become more self-controlled the more you can see that you are not a unified self.

The other big Buddhism trope besides "no self" that Bob reinterprets for his own purposes is "emptiness" (discussed in its more traditional form in our episode #27 on Nagarjuna). Experiencing emptiness is seeing things without a superadded "essence," which Bob characterizes as the emotional affect we add to things. To make this idea clear, he gives the example of JFK's pen. It might be identical to many other pens, but if you think this is the very pen that JFK carried around, it gains a special emotional resonance for you beyond its physical and functional properties. We apply these affective sheaths to just about everything, giving objects that are in fact neutral a special connection to us, so that my car stands out to me beyond other cars, and Bob says he has a special affection for tape measures. Most importantly, we attribute these essences to people, characterizing them (maybe without realizing it) as friend or foe, as having some certain, established positive or negative charge that then influences how we interpret their actions in the future: If someone we like does something despicable, we tend to excuse it, to focus on the friend's reasons for this uncharacteristic behavior, whereas if someone we dislike does the very same thing, we see it as coming straight from that person's horrid character.

Again, meditation is supposed to reveal to us the workings of our mind, the ways in which we attribute these essences, and allow us to distance ourselves from such attributions, to see things and people more clearly.

But does any of this amount to seeing metaphysical truth? And can we really, through introspection, observe how our minds construct the experienced world, or does meditation really just reinforce for the meditator whatever Buddhist doctrines he's basing his practice on? Aren't there many other practices (like exercising, fixing motorcycles, listening to music, or doing philosophy) that also make us less reactive, less unreasonable and unfair to others, without Buddhist meditation's introspective pretense?

And what's the epistemic status of explanations in evolutionary psychology anyway? Do we have to posit that an emotion like jealousy or self-loathing was at some point adaptive, or isn't it more likely that many aspects of our psychology more or less evolved as a package deal, so that, e.g., we needed big brains for communication and then got all this other crap with it that was not itself selected for?

. You can read excerpts at whybuddhismistrue.net.

You can also hear Bob elaborate more of his personal story and his ideas on NPR, on the Secular Buddhist podcast, on Very Bad Wizards, on Slate.com, and in several discussions on his meaningoflife.tv site.

Sponsors: Get $50 off a new mattress by visiting casper.com/pel. Visit thetrackr.com/PEL, and use promo code PEL for 20% off little bluetooth tags that help you find lost items.