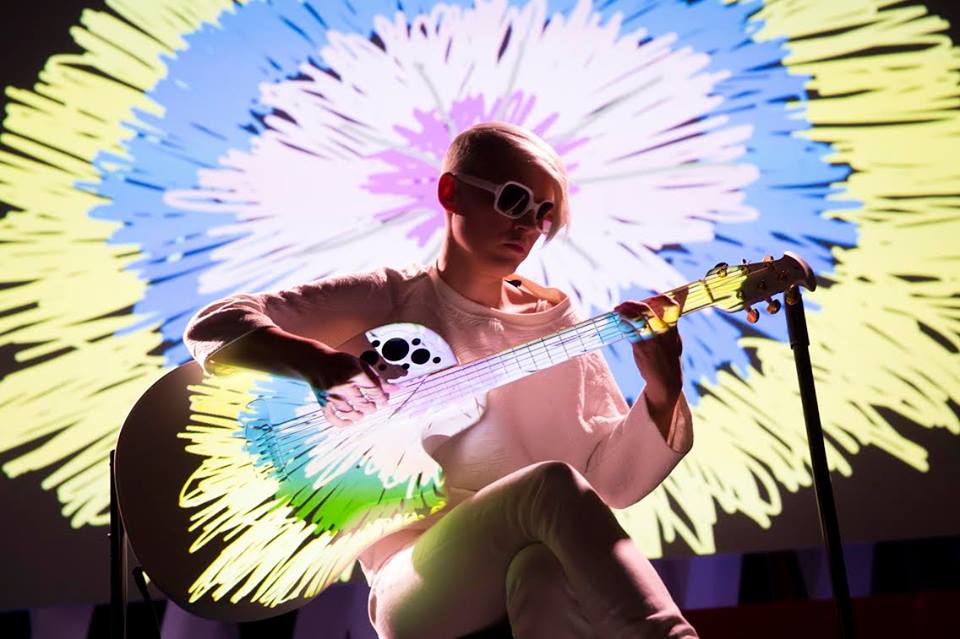 Kaki is a guitar virtuoso who has recorded eight albums and three EPs of largely instrumental work since 2003.

We discuss "Close Your Eyes & You’ll Burst into Flame," from Everybody Loves You

(2003), "Can Anyone Who Has Heard This Music Really Be a Bad Person?" from Dreaming of Revenge

Here she is demonstrating and talking about her tapping technique on CNN. Here's part of her "light and color" performance with projection, published as a TED Talk. Here's an earlier TED talk that includes talking and "Pink Noise" (more rhythm-intensive playing with a lot of hitting the guitar). Her making-of videos (starting here) for the Dreaming of Revenge

album, showing how she worked with producer Malcolm Burn, are revelatory. There's also some video about the making of Glow. Here she is playing harp-guitar covering Michael Hedges.

For more info, including a preview of the new orchestral album, see kakiking.com.