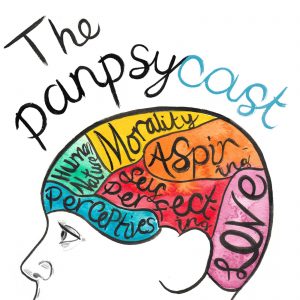 The Panpsycast (pan-psy-cast) Philosophy Podcast describes itself as “an ‘informal and informative’ philosophy podcast that aims to inspire and support students, teachers, academics, and free-thinkers worldwide.” Panpsycast episodes span a range of subjects including political philosophy, ancient philosophy, philosophy of religion, philosophy of mind, and existentialism, and interviews subject experts such as A. C. Grayling, David Papineau, Daniel Hill, and Philip Goff. Alongside Andrew Horton and Olly Marley, the show’s host, Jack Symes, explores these topics in much the same style as the Partially Examined Life.

In Part I we be look at the thinkers who influenced Nietzsche and introduce you to some of Nietzsche’s work. In Part II we’ll be looking at what Nietzsche can teach us and engaging in some further analysis and discussion.

Both parts will be freely available at thepanpsycast.com and the iTunes store.