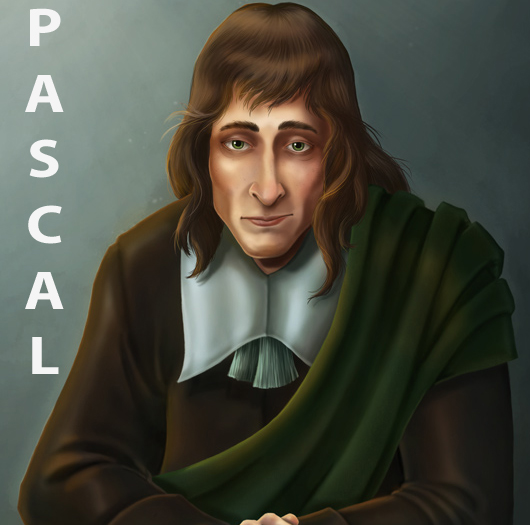 Is it rational to have religious faith? You're likely familiar with "Pascal's Wager," one of the most famous arguments for the existence of God, but it's not clear that Pascal bought into the argument as it is usually understood.

To see why, you have to get Pascal's picture of human nature, which is surprisingly insightful, and is what Mark, Wes, and Dylan spend all of part one discussing. Pascal thinks that humanity in its actuality is thoroughly wretched. We're morally wretched: innately selfish, really despising each other, vain, self-deceiving, unable to focus on the good, always chasing after one imaginary lure or other. We're epistemically wretched: Our reason deceives us, our senses deceive us, our instincts are self-destructive, and our imagination, again, is the worst. Pascal believes that we need to follow "heart" over reason, but that doesn't mean what we mean, e.g., in talking about romantic love, which Pascal sees as exactly the kind of destructive, ultimately imaginary drive that I've just been describing. Our greatness comes from realizing our wretchedness, from the fact that we have ideals that let us see our depravity, and he thinks that these come from God. And since "God" qua infinite being is nothing that we could really understand, much less have a personal relationship with, he thinks that Jesus is absolutely essential for authentic religiosity.

To return to the wager (which, again, we don't actually discuss until part 2): Yes, reason is inadequate to tell you definitively whether or not to believe (though Pascal thinks that reason does tell you that it's not unreasonable to believe, and thinks that the miracles were and are pretty darn properly convincing to people on purely rational grounds), so all those arguments by Descartes and St. Thomas are for naught.

Pascal does, then, say that the risk you incur by believing is negligible: human life and its non-religious pursuits are all such crap that you're not giving up anything by putting all your energy toward God. And on the other side, if you "bet against God," then you're risking your eternal soul, potentially winning eternal bliss if the Christian God is real. But you can't actually just "choose" to believe; that's not how human psychology works, and Pascal knows this. You can, however, go through the motions: Go to church, open yourself toward God, and at the very least, virtue will be its own reward, and with grace, you'll end up a real believer.

Pascal has anticipated your objections: What if Zeus or some other God is the real one? Well, that's why he spends so much time arguing that only Christianity accurately describes human nature, both in laying out our wretchedness and giving us the cure for it. Those other alleged gods just wouldn't do the trick, so we can rule them out (you'll have to actually read the book to get the details of his arguments here). And simply not making a choice is not an option, and deciding not to care about the question is irresponsible to the point of monstrous.

Pascal's take on our psychology includes some surprising verdicts about political authority and tradition. Pascal is liberal enough that he recognizes the arbitrariness and illusory character of a lot of this, but he also understands how these things are emergent properties of human nature, and as such are better guides to our action than the vain flights of fancy of revolutionary political philosophers.

Pascal's biography is probably the most interesting thing about him; I recommend this account by Will Durant, which describes his work in science and mathematics before his turn to religion, as well as his other famous book, Lettres Provinciales.

that we all used to prep, or take a look at the differently organized Trotter translation free online.