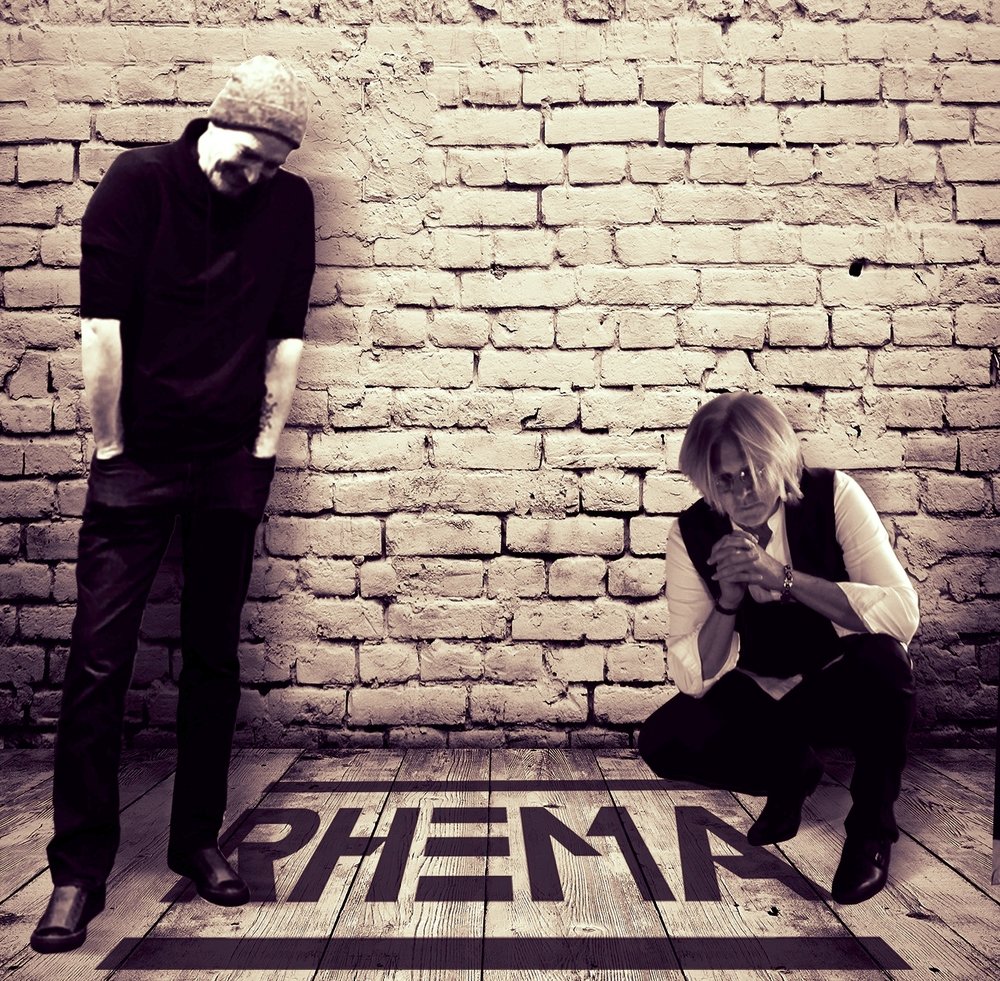 RHEMA started in the late '70s as a Christian band, and quickly became a secular prog band, and as a six-piece produced an album called Voyage of the Rock Aliens that accompanied their appearance in the not-really-released-in-the-U.S. Pia Zadora–vehicle film of that name. The band then broke up, but songwriters Marc and Jeffrey continued to work together on various projects, and have finally now produced a proper album as RHEMA called Shine

We discuss "Rebel Flame" and "The World Is So Small" and listen to "Life in Front of You" from that new album, and discuss one old song, "Combine Man," specifically a 2009 Marc Jackson remix. Intro: "21st Century." To hear the whole new album and get more information, see rhemaband.com.

Here's the video for "Combine Man," featuring footage from Voyage of the Rock Aliens film, and here's the one for 21st century; note that the lead singer in this one is Greg Bond, and the blonde guy is not actually a band member. The bearded guy is RHEMA's former keyboardist Craig ("Crag Quiter") Jensen, who wrote this amusing bio. Here's more info on the band; the link at the bottom will allow you to download the whole old album, including the remixes. You can watch the whole film here, if you dare; it features Jermaine Jackson and some other folks you'll likely recognize, and is a very bizarre thing.

Marc Jackson (marc-jackson.com) writes scores and soundtracks through his company Moonlab Music and has performed with artists including Roger Daltrey, Richard Marx, Christian Bush, Jennifer Nettles (Sugarland), Jordan Reyes (B A S E C A M P) and others. He directed and scored this cool little film called "Daisy."

Jeffrey Casey spent time in Nashville during his extended hiatus from working with Marc. He wrote "Waiting on Lonely" in 2008 for Australian country artist Ronni Rae Rivers (listen to it here), and toured with the band Clementine (here's their album). Here's his LinkedIn page for a more complete list of projects, and you can also see him on Facebook.

And oops, I called this episode 68 instead of 67, because of a delay in an already recorded episode...