Contemporary political discourse is dominated by economic terminology. Candidates run on platforms that emphasize “jobs, jobs, jobs,” and sitting representatives (and presidents) justify their policies through references to GDP growth. There is simply no way to approach politics without grappling with this stuff. Yet even as it takes on an outsized role in the formulation of public policy, economics is calcifying into a technocratic pursuit wrapped in impenetrable jargon and complex statistics, a phenomenon fittingly termed “the Econocracy.”[1]

It is those statistics that end up making their way into debates about taxation, spending, and welfare. Unfortunately, when neo-cons and progressives point to their favored studies, few stop and ask what validity there is in justifying economic policy by pointing to past successes. Can statistical proofs or historical circumstances demonstrate the viability of any particular economic policy? The answer is clearly no—correlation is not causation. Yet if economics is a science, shouldn’t it reveal causal relationships between “economic” phenomena? 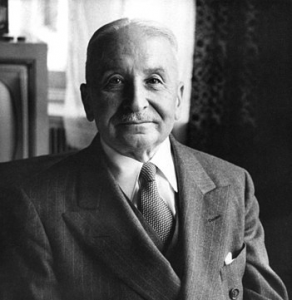 Few economists have grappled with the epistemological problems of economics as extensively, or as successfully, as Ludwig von Mises. While he is credited with formulating the influential Austrian business cycle theory, his contribution to the methodology of economics is equally illuminating. In many ways, Mises’s approach can be seen as a further development of the ideas of Immanuel Kant, who sought to establish the possibility of an a priori science. According to Mises, a priori reasoning is not only informative within economics, it is necessary. His arguments stem from some simple observations about the status of positivistic approaches within the social sciences.

The method of the natural sciences is well known: it consists of observation, hypothesis, and experimentation. In the experiment, conditions are controlled to isolate the variables under examination. With repetition, this method promises a high degree of certainty as to the validity of the hypothesis. In other words, regularity in nature reveals itself a posteriori, in the world of experience.

Yet experience reveals no such regularity in the constantly changing world that is the proper subject matter of economics. As Mises observes, “here we lack the possibility not only of performing a controlled experiment in order to observe the individual determinants of a change, but also of discovering numerical constants.” Without this information, it is impossible to “show how given situations influence action quantitatively and qualitatively.”

While the experiment is the primary tool of the scientist, logic is the economist’s guiding light.

Because the world is constantly changing, economists can’t isolate variables to perform tests. Thus, the methods of the natural sciences are ill-suited to uncovering economic law. One can never tell, at least not with certainty, whether a nation’s well-being has improved because of low taxes, unusually bountiful harvests, or the shifting sands of geopolitics. There are simply no causal relations to be found through the study of such historical data. Yet in Mises' view, the whole business of science is to uncover causal laws.

Thus, the task of elucidating economic laws is left to a priori reasoning. While the experiment is the primary tool of the scientist, logic is the economist’s guiding light. This, of course, does not mean that economics is an abstract pursuit. Rather, the method described by Mises integrates real-world conditions into the analytical process. History and the natural sciences have an important role to play: they tell us what these conditions are.

On Mises’s account, economic law is discovered through the analysis of choices made by individuals under given conditions. The analysis proceeds a priori, without any reference to past performance or anticipated results. Yet for all that, it is highly informative. Mises explains,

In other words, only a priori analysis can reveal the nature of various economic phenomena. Once the nature of phenomena such as free and scarce goods, interest rates, and money has been articulated, economic laws follow. One brief example of such a method in action can be found in Ricardo’s discussion of comparative cost, summarized by Mises in Human Action:

If A is in such a way more efficient than B that he needs for the production of r unit of the commodity p 3 hours compared with B's 5, and for the production of 1 unit of q 2 hours compared with B's 4, then both will gain if A confines himself to producing q and leaves B to produce p. If each of them gives 60 hours to producing p and 60 hours to producing q, the result of A's labor is 20p + 30q; of B’s, 12p + 15q; and for both together, 32p + 45q. If, however, A confines himself to producing q alone, he produces 60q in 120 hours, while B, if he confines himself to producing p, produces in the same time 24p. The result of their activities is then 24p + 60q, which, as p has for A a substitution ratio of 3q and for B one of q, signifies a larger output than 32 p + 45 q. Therefore it is manifest that the division of labor brings advantages to all who take part in it. Collaboration of the more talented, more able, and more industrious with the less talented, less able, and less industrious results in benefit for both.[3]

It is important to note that the outcome of this process results in laws valid only so long as all the conditions of the investigation are met. Just as a physicist might qualify the enumeration of constants (such as the speed with which gravity accelerates objects towards the ground) with the caveat “on Earth,” an economist, according to Mises, must qualify their conclusions with the caveat, “so long as all relevant conditions hold constant.” It is entirely possible to conduct an investigation that reveals economic laws for a system that has never existed, such as a purely socialist system. Whether this proves useful depends on the facts provided a posteriori.

It would be impossible to arrive at economic laws if we relied exclusively on mathematics.

If Mises’s epistemological framework is valid, much of what today passes for economics is better understood as a type of history. Quantitative analyses of past conditions do not reveal economic laws, but they are valuable as mathematical articulations of historically unique phenomena. It would be impossible to practice useful economics without this information. Yet it would be impossible to arrive at economic laws if we relied exclusively on mathematics. That’s because mathematical analysis of past events does not provide information about causal relationships.

The implication is that when a politician says that the economy is improving because of their policies and offers the unemployment rate as proof, they only provide evidence for the first part of their statement. A falling unemployment rate does not prove the existence of a causal relationship. It is a historical fact. How it is that economic history grew to dominate our understanding of the discipline is anybody’s guess.

Adam De Gree is a freelance writer and homeschool history teacher based in Prague. He studied Philosophy at UC Santa Barbara and can be reached by email here.