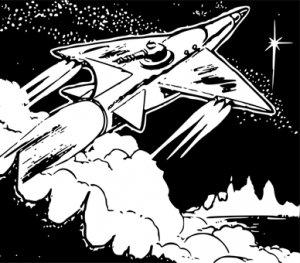 Mad Men was brilliant for many reasons: its whip-smart dialogue; its pitch-perfect casting; its meticulous attention to period detail. Creator Matthew Weiner was famously fanatical about historical accuracy, and so the show, in addition to its narrative delights, functioned as something of a time capsule. Ad execs used to drink copious amounts of liquor on the job! Women in the workplace were glorified maids! Smoking cigarettes was endorsed by doctors!

One scene in particular, from the series’ second episode, captures the naïveté of the past with deft succinctness. Don Draper is talking to his boss, Roger Sterling, about the fact that his daughter sees a psychiatrist. “Psychiatry is just this year’s candy-pink stove,” says Sterling. “It’s just more happiness.” The scene made me realize, somewhat uncomfortably, that there are surely things we do, say, or believe in contemporary society that will seem absurdly ignorant fifty years from now. Thanks to Roger Sterling’s casual dismissiveness, I can’t help but wonder what the next generation will point to as evidence of our present idiocy. In 2068, will our obsession with eating meat be seen as barbaric? Will soda be considered as shameful as cigarettes are now? Will people marvel at the fact that as much water as we desired flowed freely from our faucets?

In order to understand more about how 2018 will look in the rearview mirror of 2068, I decided to talk to the experts. I interviewed Futurists, people whose job it is to anticipate trends and think deeply about where we are headed and how things will change. The end of meat consumption was mentioned (which made me feel like Nostradamus), as was the future silliness of actually driving cars. But a few themes, highlighted below, stood out as especially illuminating.

We Suck at Respecting Our Elders

Respecting your elders is right up there with not coveting your neighbor’s wife in the American ethical canon. And, like the latter, we routinely fail to adhere to this dictum. Our elders, in contemporary society, are those ancient octogenarians and nonagenarians that have lived beyond the average life span. In 2068, those same “elders” will seem like young pups by comparison. David Passig, who has a Ph.D. in anticipatory anthropology (yes, that’s a thing), points out that a century ago, life expectancy in Europe was 38 years old. It has more than doubled since then, and, with advances in medical science, Passig foresees that trend continuing.

“Death will be a much more tragic event for people less than 100 years old,” says Passig. “During the ’70s of the 21st century [life expectancy] will reach 100–110 at least.” That shift will make our current attitude toward age seem so 2018.

But our ageism is about more than just numbers. Mark Stevenson, author of An Optimist’s Tour of the Future and an expert on global trends, agrees. “The disdain of the old will have been turned on its head by longevity therapies,” says Stevenson. “The old will whip your ass with their experience, coupled with a much more robust physicality.”

Another factor in aging will by physical augmentation. Ryan O’Shea, host of the Future Grind podcast, says, “One of the biggest surprises for people living in 2068 will be that the vast majority of humans in 2018 did not augment their capabilities. Implants in 2018 were only used to treat medical conditions and bring people who were arbitrarily considered ‘sick’ or ‘disabled’ up to an equally arbitrary definition of ‘healthy’ or ‘able-bodied.’ The humans of 2068 will be using elective technology to augment their capabilities above and beyond those of biological humans.”

The ass-whipping octogenarians of 2068 will shake their augmented heads at our simplistic attitudes toward age and longevity. And if we’re lucky, we might just get to be those future ass whippers. In 2068, I’ll be a sprightly 83.

Our Bodies Are So... Analog

With augmentation comes a host of new possibilities and capabilities. An augmented reality is one in which connections are effortlessly possible. You might think we have that now. For example, if I want to let my wife know I’ll be home late from work, I pull my phone out of my pocket, type the message onto a screen, and hit send. In the not-so-distant future, Ryan O’Shea explains that people will be able to seamlessly interact with their environment without having to touch any devices. “This communication will be two-way, and information will be sent both to and from human bodies. The Internet of Things is in the early stages of becoming the Internet of People, but by 2068, this will be ubiquitous.”

What does that imply about our current level of technological “advancement”? Well, for one, I’m now going to be mildly annoyed every time I have to pull my phone out of my pocket to let my wife know that I’m going to be home late from work. But, from a larger perspective, it means that despite our seemingly exponential growth in the tech sector, we are still leading (relatively) disconnected lives. Next time you’re advised to unplug, you can respond that you already are.

Our Relationship to Energy Is Primitive

Mark Stevenson points out that paying for energy from a large utility will one day seem archaic and foolish. He relayed a passage from his book in which he engages in a faux-discussion with a future grandchild:

‘So let me get this right, Grandad, when you were young, people used to dig up coal and oil from millions of years ago? And it was dangerous and expensive, and destroyed the landscape, and upset the people where it happened. Then you’d burn it in big buildings to create electricity, or set fire to it to run your engines, but those buildings and engines would lose most of the energy as waste heat? And people used to go to war for the stuff in the ground because everyone wanted it so much, but when you burnt it, it helped kill more people than all those wars put together through pollution and climate change? Did I get that right?’

‘But, Grandad,’ they might say. ‘That sounds stupid when energy is coming out of the sky for free!’

And I might try to give some context. ‘Well, we didn’t always have the know-how or the technology to get the energy in the way we do now. And when we did work it out, the people who’d built the old system weren’t happy about the new one because that’s how they paid themselves and fed their families. We’d become very accustomed to that way of doing things. It seemed, er, normal.’

To my grandchildren (should I be blessed with any), our energy system will seem ridiculous, short-sighted, barbaric even. Those who resist the shift to renewables may, in retrospect, seem cartoonish in their defense of the old, the easy villains of history—for my grandchildren will have grown up in a different energy culture, one where, in many parts of the world, generating power locally and cleanly will seem obvious and unsurprising, the normal way of doing things.

Yikes. Here’s to hoping our augmented, interconnected, clean-living grandchildren are able to respect their elders, despite our flaws. And should they ship us off to some solar-powered old-ish folks home, where morning yoga is followed by longevity bingo, let’s just hope the meatless bacon has advanced as much as we have.

Alex Tzelnic is a writer and teacher living in Cambridge, MA. In fifty years time he imagines his beard will be truly resplendent.