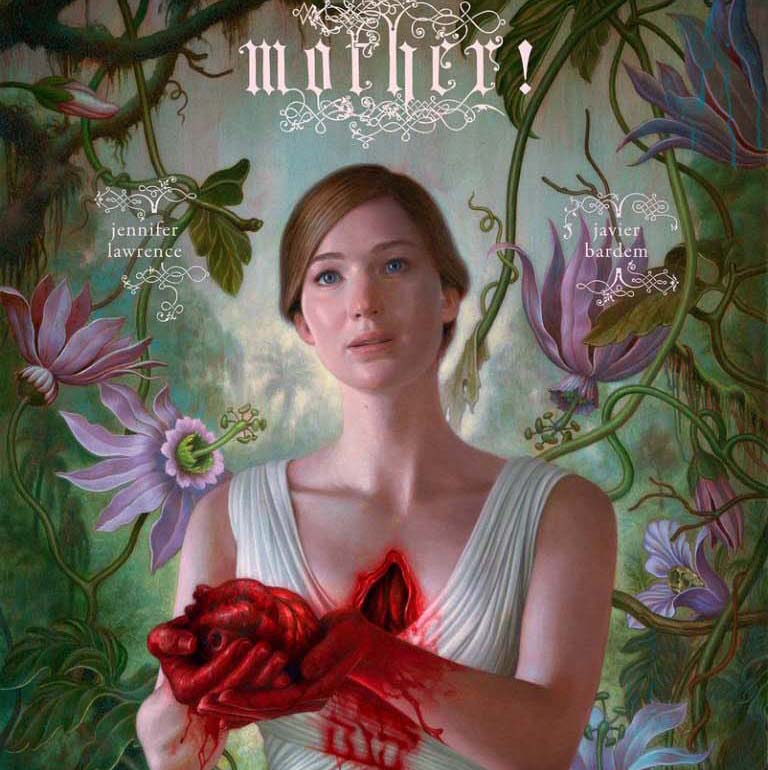 On Darren Aronofsky's philosophical 2017 film about humanity's relationship to nature. We discuss the philosophical content of the film (Gnosticism, anyone?) and explore the relation between meaning and the sensuous aspects of an artwork. Can a work be both allegorical and yet have fully fleshed out characters and the other elements that make a film feel real? This was a very polarizing film; how do the circumstances of viewing affect reception? Mark and Wes are joined by filmmaker Tim Nicholas (watch and read his work).

As always with these filmic episodes, you should really see the film

before listening to this. It's definitely worth your time, unless you are positively averse to artsy films or very sensitive to violence, as there are a couple of intense moments in it. Our discussion gets spoiler-laden after the first few minutes.

This was selected as a good case study to explore what we'd learned about authorial intent in our last episode. Aronofsky is a quintessential auteur, and he's been very forthcoming about the meaning of the film, and we prepared for this in part by watching many clips, reviews, and interviews of him talking about it. Certainly having some idea of what to expect helps one to enjoy this film (which we all agree is very good despite pissing off many people), but is having the author tell you what it is the best way to achieve that?

Tim at one point quotes David Bordwell. Here's the article that quote is from, and here's an article Tim wrote on Bordwell for the PEL blog. Late in the discussion Mark refers to Aronofsky's previous film, Noah.

End song: “The Day of Wrath, That Day,” by Sarah McQuaid, as interviewed on Nakedly Examined Music #72.

Please support PEL! Citizens and $5 Patreon supporters will get access to a bonus discussion on identity politics this week.