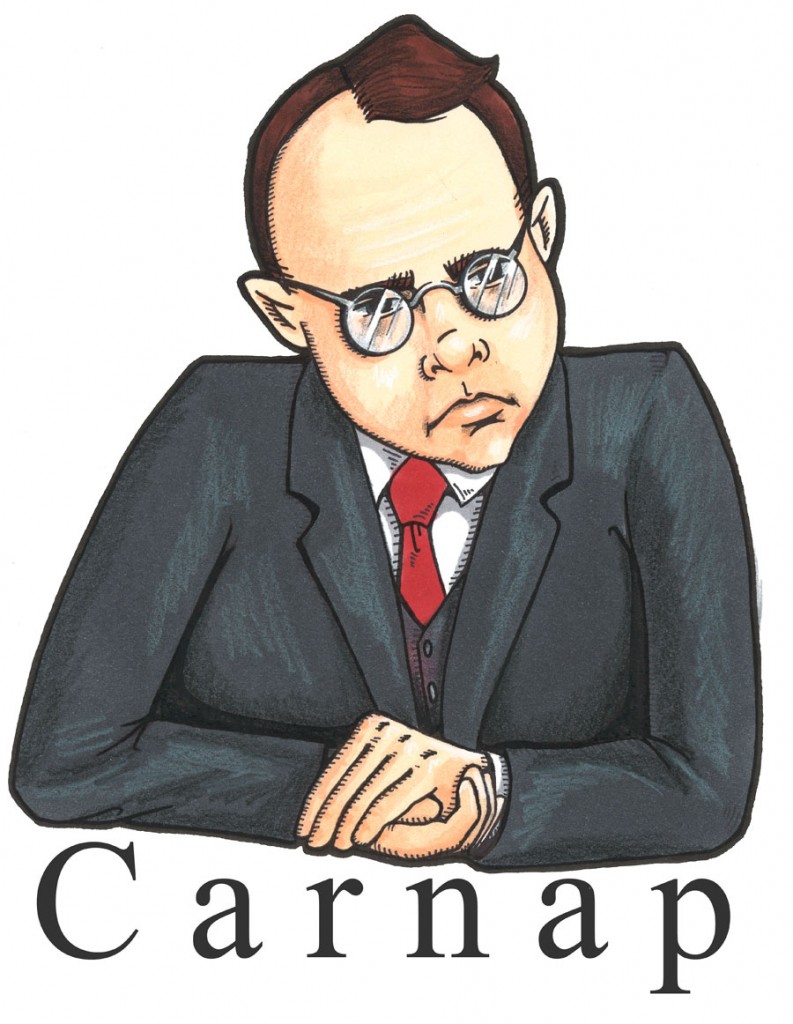 Finishing Davidson's "On the Very Idea of a Conceptual Scheme" (1974) and moving on to Carnap's "Empiricism, Semantics, and Ontology" (1950).

Carnap's paper comes 22 years after his Aufbau project that we covered in ep. 67, and is really a response to Quine's 1948 paper "On What There Is," which we covered in ep. 66. His point is that when we use a certain vocabulary, whether talking about physical objects ("the thing language") or mathematical objects or subatomic particles or whatever, we're not really (contra Quine) making metaphysical claims. So ontological questions like "Are there really numbers?" are just pretentious and don't really make sense. The vocabulary of mathematics involves numbers, so within that linguistic framework (that scheme), yes, of course there are numbers, but the question of whether, outside of a particular framework, "numbers exist," is a pseudo-question. (Bertrand Russell, for one, worried about this, trying to reduce numbers to sets, which he found less metaphysically problematic.)

So even though the Carnap was written well before Davidson's paper, we can take it as a potential response: A conceptual scheme is most sensibly construed as a domain-specific vocabulary. I can talk about the same social phenomena, for instance, in terms of bio-anthropology, sociology, or theologically (as the interplay of souls), and there's no clear reason why all the words in each vocabulary need to be reducible or translatable into words from the other vocabularies. Now, there might be other reasons why you'd want to reject the use altogether of some vocabulary (I'm looking at you, theology!), but it's not clear that we need to reject it merely on grounds of untranslatability, and this sort of theory-specific untranslatability is what Kuhnians (maybe) and others are talking about.

Listen to part 1 first, or get the unbroken, ad-free Citizen Edition. Please support PEL! Both the Quine and the previous Carnap eps have now been set at the $1 level at patreon.com/partiallyexaminedlife!