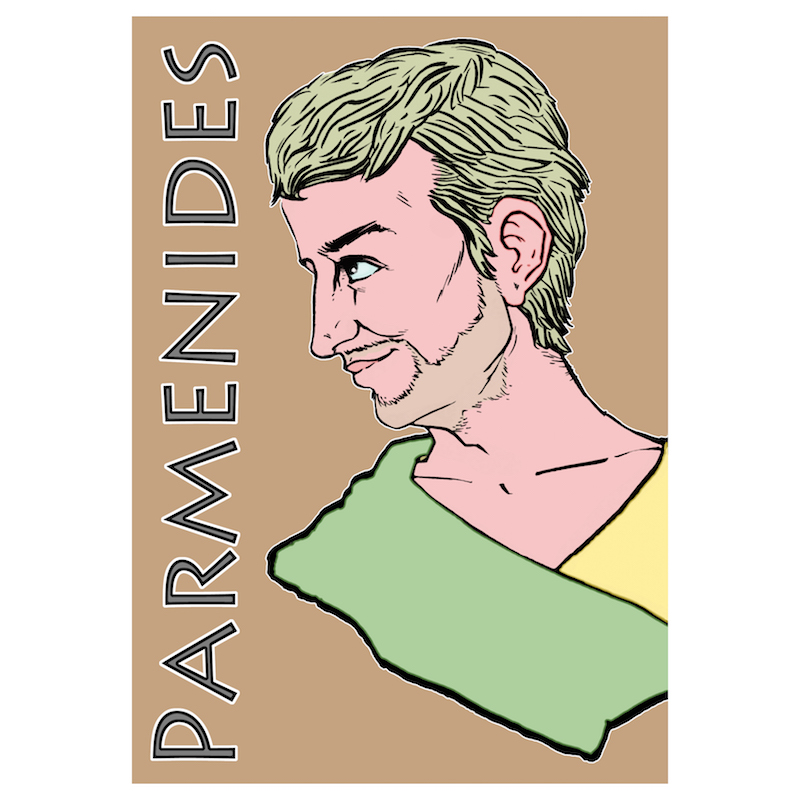 On the fragments referred to as "On Nature" from ca. 475 BCE, featuring guest Peter Adamson from the History of Philosophy without Any Gaps podcast.

One of the most influential Presocratic philosophers, Parmenides gives "the Way of Truth," which is that there is only Being, and talking of Non-Being is nonsense. And guess what? Any talk of difference implies non-being, so that's right out too, which means all of what we perceive must be an illusion: There is only a singular Being that is everything, which, peculiarly, Parmenides tells us is a finite sphere.

As a way of explaining the appearance, Parmenides also provides us with (in fragments; a lot of this has been lost) "the Way of Seeming," which is a two-element cosmology that he thinks can compete with those of the other Presocratic physicists, you know, if you want to stray from the actual truth and play their game. So there's the question of why P. felt the need to write this, how exactly it relates to his Truth account, and what the role of myth is in setting up the story: It's a goddess who's showing the narrator these "Ways" after he has been flown to an esoteric realm on a magic chariot, which is of course what you'd expect from the guy who's been credited with inventing logic and metaphysics!

Listeners may want to listen to Peter's short introduction to the text from his podcast and also our previous discussion on Plato's "Sophist" that purports to solve the Parmenidean problem of how to talk about non-being.

We recommend the Kirk/Raven/Schofield volume The Presocratic Philosophers: A Critical History with a Selection of Texts

. Here's an online version of the text (not the same translation).

Among the secondary sources that most of us already looked at are the Parmenides chapter (p. 113) by David Sedley in The Cambridge Companion to Early Greek Philosophy and John Palmer's entry in the Stanford Encyclopedia of Philosophy. Also see Alexander Mourelatos's "Some Alternatives in Interpreting Parmenides" (1979).

Wes mentioned the Philosophy Bites episode featuring Raymond Tallis on this text. Mark brings up this lecture by Angie Hobbs from U. of Sheffield. You can also listen to Peter's episode on Zeno and Melissus.