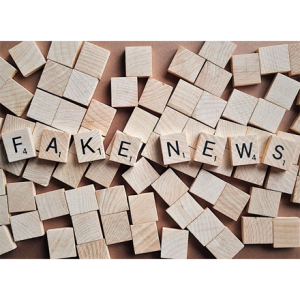 The 2016 US presidential election and the Trump presidency have helped make visible that a variety of epistemically perilous features are far too common in the thought and behavior of Americans.

David Roberts, in a 2017 blog post for Vox, aptly labeled one such feature tribal epistemology. Roberts describes a world dominated by tribal epistemology as one in which “information is evaluated based not on conformity to common standards of evidence or correspondence to a common understanding of the world, but on whether it supports the tribe’s values and goals and is vouchsafed by tribal leaders.”

Both tribal epistemology and partisan epistemology speak to the increasing polarization of the American public as people move (both figuratively and literally) into siloed communities. These siloed communities are increasingly ideologically homogeneous. They give rise to echo chambers in which everyone else in the community reinforces the matching views of the community’s individual members. And such communities often collectively present and attack straw-man versions of positions held by those viewed as the opposition. For the particularly astute, like Bill Bishop, who published The Big Sort: Why the Clustering of Like-Minded America Is Tearing Us Apart back in 2009, the warning signs of the harm of epistemic tribalism have been around for a while.

A second related but distinct strand of observations has been made about how the American distrust of authority and expertise has led to an environment in which there are very few (if any) institutions or individuals who are generally agreed upon as sources of knowledge or reliable information.

Recognition of American anti-intellectualism and its consequences is nothing new. (Take, for example, Richard Hofstadter’s 1964 Pulitzer Prize winning book, Anti-Intellectualism in American Life.) But the fierce attacks on all manner of knowledge-keeping and knowledge-producing institutions like higher education, science, and the media have prompted new waves of attention including Tom Nichol’s The Death of Expertise: The Campaign against Established Knowledge and Why It Matters and Michiko Kakutani’s The Death of Truth: Notes on Falsehood in the Age of Trump.

Of course, anti-intellectualism is only part of the story when it comes to explaining the current environment of fierce disagreement over which institutions can be trusted as sources of knowledge. The United States has been the recipient of many intentional campaigns to misinform and confuse. The unfolding scandal of Russian interference in the 2016 presidential election is currently center stage here, but small and powerful interest groups have sought to undermine Americans’ access to knowledge, along with Americans’ confidence in the institutions that produce such knowledge, on a variety of issues. A number of these campaigns to confuse, misinform, and influence have been carefully documented in works like Naomi Oreskes and Erik M. Conway’s Merchants of Doubt: How a Handful of Scientists Obscured the Truth on Issues from Tobacco Smoke to Global Warming.

Anti-intellectualism combined with more nefarious attempts to confuse and misinform the American public has brought the United States into a situation that I’ll call epistemic chaos. Epistemic chaos occurs when all of a society’s previously agreed upon sources of knowledge are undermined or challenged by a significant portion of the population so that society is left without any generally trusted institutions that can function as providers or arbiters of truth. In other words, epistemic chaos is a social condition in which a surplus of fierce disagreement over who or what can be trusted results in nothing being considered trustworthy by society.

Understood in this way, epistemic chaos is not an inherently bad thing. If you find yourself in a society where all the previously agreed upon sources of knowledge are corrupt and there are no generally trustworthy institutions, a chaotic environment in which there is so much disagreement over whom can be trusted that no institution gains that coveted place of trustworthy is better than an environment in which corrupt, deceptive, or incompetent institutions gain the power of trust.

However, when a society has institutions that generally function well (or well enough) as sources of knowledge, epistemic chaos is a bad thing because it makes it more difficult or impossible for many members of society to come to have useful knowledge that they otherwise could have obtained.

This is not to say that it is a good thing for institutions to ever become so trusted that they go unchallenged. That would be to replace the makings of one form of despotism with the solidification of another. Criticism and a healthy degree of skepticism are crucial parts of a well-functioning society. But the sort of ardent, angry, mindless rhetoric currently being used by many to incite outrage at rather than reflection on the work and claims of scientists, academics, civil servants, and the media are indicative of a problematic epistemic chaos rather than a healthy epistemic equilibrium based on inquiry and reasoning.

Many of the books and articles I’ve cited so far have (appropriately) attacked purveyors of epistemic tribalism and epistemic chaos on the right. But epistemic tribalism is present on both sides of the political dichotomy, and the current environment of epistemic chaos is one in which society at large is subject to. Ed Brayton posted a list of websites that he suggested liberals stop sharing links from due to the tendency of these sites to post clickbait that merely provided liberal confirmation bias. Brayton received a deluge of responses characterized by gut-instinct tribalism and a lack of critical self-reflection. Brayton put up a separate post in which his review and commentary on the responses he received provide evidence that epistemic tribalism is alive and well on the left.

In The Death of Truth, Kakutani keenly identifies a number of traits associated with this third epistemic condition. Thus, despite my general aversion to block quotes, I think the best way to begin to convey this condition is to quote her at some length. Kakutani writes that,

The sheer volume of dezinformatsiya unleashed by the Russian firehose system—much like the more improvised but equally voluminous stream of lies, scandals, and shocks emitted by Trump, his GOP enablers, and media apparatchiks—tends to overwhelm and numb people while simultaneously defining deviancy down and normalizing the unacceptable. Outrage gives way to outrage fatigue, which gives way to the sort of cynicism and weariness that empowers those disseminating lies. As the former world chess champion and Russian pro-democracy leader Garry Kasparov tweeted in December 2016, ‘The point of modern propaganda isn’t only to misinform or push an agenda. It is to exhaust your critical thinking, to annihilate truth.’ (142–3)

The bolded emphasis in the above quote is my own. The highlighted words all follow a unifying theme, encapsulated by their ultimate consequence of exhaustion of one’s critical capacity. When a deluge of mindless but unrelenting attacks on facts, truth, and knowledge (or those who seek to provide society with facts, truth, and knowledge) tax one’s cognitive capacities to the point of exhaustion, one experiences the condition of epistemic exhaustion.

Hannah Arendt, whose work in light of the current political climate is receiving increased attention, saw all too clearly the importance of the pliability that comes with epistemic exhaustion and its potential to be used by despots. In her seminal work, The Origins of Totalitarianism, (and requoted by Kakutani), Arendt writes that,

…in an ever changing, incomprehensible world the masses had reached the point where they would, at the same time, believe everything and nothing, think that everything was possible and that nothing was true.” (Arendt 382.)

For those of us concerned with the survival of truth, the flourishing of critical thinking, and the rejection of authoritarianism, the identification of our society’s epistemic problems is only a first step. I don’t know what all of the rest of the steps are, but I think one of them is to use epistemology and political philosophy to try to strategize ways to counteract the epistemic damage we’re currently experiencing.

One way of doing that is to remember our history. We should be reading and thinking about the works of those like Arendt, Hofstadter, and Orwell. And we should be fighting for a culture in which exposure to such works and the cultivation of critical thinking and reasoned discoursed are the norms.

We can also appeal to contemporary work being done in social epistemology. For example, the substantial burgeoning literature on the epistemic significance of disagreement may be able to help us answer important descriptive and normative questions about epistemic tribalism. And the work of black feminist epistemologists like Patricia Hill Collins and Kristie Dotson provide a wealth of important analyses of different forms of epistemic pressure that can lead to political silencing and epistemic exhaustion.

There is a lot of work to be done, and for those of us struggling against epistemic exhaustion, this recognition is not easy. But who said that obtaining truth or safeguarding our democracy were ever going to be easy?

Mark Satta has a PhD in philosophy from Purdue University and is currently a JD Candidate at Harvard Law School.