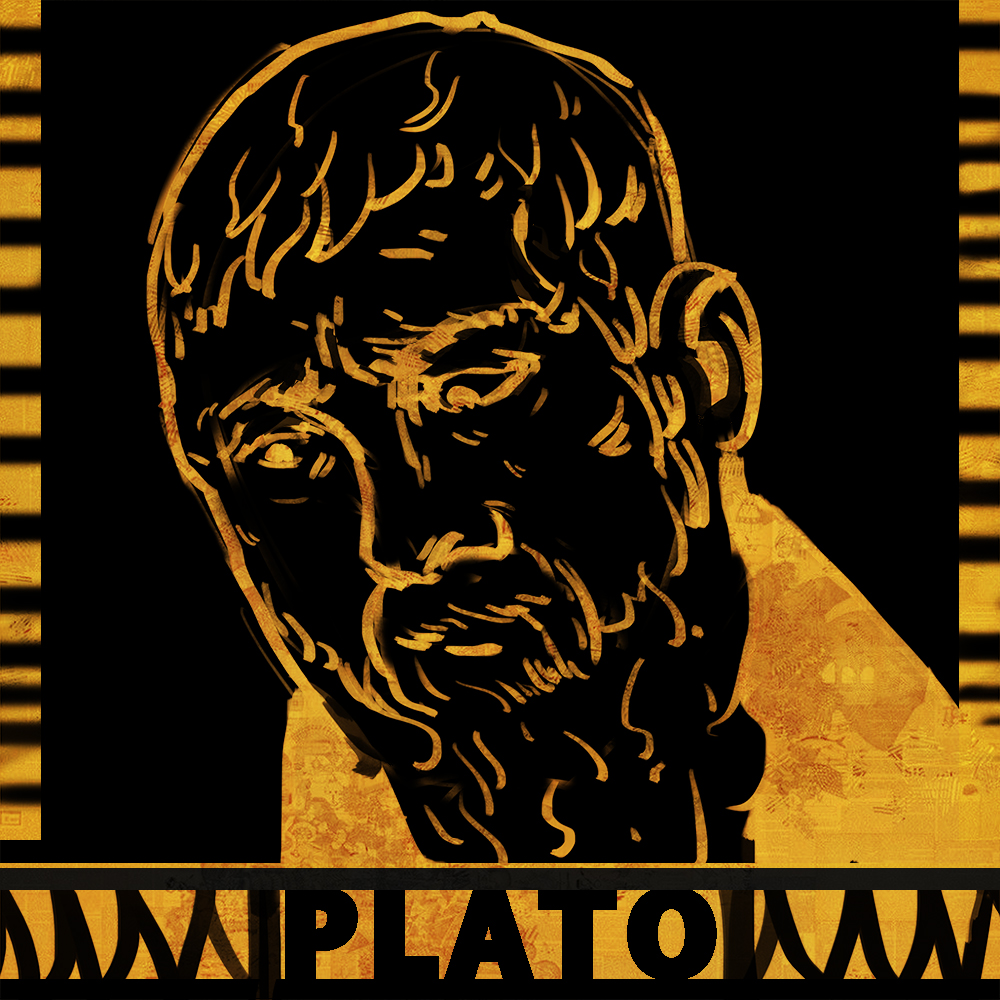 On the most peculiar Platonic dialogue, from ca. 350 BCE.

Are properties real things in the world, or just in the mind? Plato famously thought that for a property like "large," there's a Form that causes all the large things to be large, and which enables us to recognize those things as large. These Forms are not material things, and hence aren't the objects of ordinary sensation. In other dialogues like "The Republic," we get a picture of Forms as being in a true, heavenly realm, known explicitly only to the enlightened and perhaps to all of us before we were born.

In this dialogue, Plato provides critiques of his own theory, as an aged Parmenides confronts a youthful Socrates. What exactly is the relationship between Forms and the particulars that have the properties? If the Form is broken up so that a bit of Large is in every large thing, then wouldn't those pieces of Large be (relatively) small? If on the other hand every large thing has the whole of the Form of Large in it, then how can the Form be in multiple places at once? Even if the Form is sort of draped over all the things, it would only be one part of the Form that touches any given thing.

Then there's the famous "third man" argument: We're supposed to recognize that large things are large because they all resemble the Form of Large. But then how do we recognize that the particular large thing and the Form Large are both Large? There must be a second Form that we consult to make this comparison, and a third Form that we use to compare the second Form with the first one, ad infinitum.

The most worrying objection, according to the character Parmenides, is that if Forms are so perfect and otherworldly, how could we with our human minds know anything about them? How could they even be in causal connection with material things?

These are all objections that Plato has Parmenides put forward, and Socrates, being young and inexperienced, admits he has no good defense. So is Plato abandoning his own theory? Or maybe just presenting some challenges that one has to overcome to refine it?

In the second half of the dialogue (which we don't discuss much here, though Mark and Seth get into it in a follow-up episode to be posted for Citizens this week), Parmenides gives a long analysis of what results if we assume either that The One does exist or if it doesn't. Either way, absurdities result. So perhaps Plato is trying to argue that while the theory of Forms has problems, Parmenides's monist solution (described in our last episode) is even worse. Or maybe saying that you have to change the theory of Forms in some way.

This is the electronic version (translated by Jowett) that we had on hand as we spoke. Dylan was reading from the Whitaker translation

. This version makes it very easy to look up particular verses. Here's the Librivox audio version by the inimitable Geoffrey Edwards.

To get a better grasp on the voluminous scholarship that's gone into this dialogue, check out Wikipedia and the Stanford Encyclopedia entry. This is the lecture (by Michael Sugrue) we refer to a couple of times that connects the Forms to his politics. Here's a short blog post on "Self-predication in Plato's theory of forms."