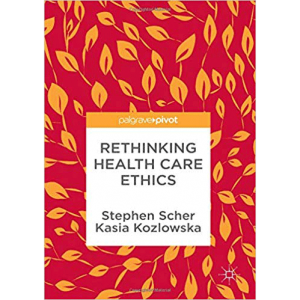 Conflicts with other persons typically demand that we make explicit our reasons or feelings in an effort to work through any differences. Possible outcomes range from the non-negotiable (because of the law or one person’s authority over the other, as with a boss or parent), to agreeing to disagree, to mutually agreeable solutions falling anywhere from one person’s original view to that of the other. These conflicts are part and parcel of our social lives, our encounters with others. Over time, we become increasingly adept at addressing such conflicts, at recognizing which conflicts merit more work than others, and at judging how to proceed based on our perceptions of the other persons involved. We can let things go, or not; we can push hard for our own original views, or not; and we can attempt to find some middle ground, or not. In effect, as we mature we develop a capacity for strategic flexibility—that is, for determining just how far we are willing to extend ourselves, or not, in relation to the expectations or demands of others. But rather than being something that we consciously think through in every particular instance, this capacity becomes, as it were, part of us—an aspect of character, a stable way, for each of us, of dealing with other individuals, with work and family, and with the larger social and political environment.

Not everyone’s capacity for strategic flexibility has the same contours. Far from it. In this respect we are all individuals and unique. We range from the confrontational and aggressive to passive and compliant, and everywhere in between. And just where we fall on this continuum will vary across different areas of activity. We care about certain activities and choices, and about certain people and relationships and organizations, more than others. We have our own belief systems—religious, cultural, social, political, and even scientific. And we belong to various forms of organization, ranging from the family to the community to the larger, overarching society, all with their own expectations, demands, and commitments, and all integrated into how we perceive, and act in, the world.

As we encounter situations that engage our capacity for strategic flexibility, we inescapably make subtle, often in-the-moment decisions and adjustments. The cumulative impact of these decisions and adjustments is that, as we grow and develop, our relatively stable modes of thought, emotion, and action likewise mature and become increasingly nuanced, as do the implicit ethical frameworks embedded within them. To better understand just what’s in play here, it’s helpful to introduce the long-standing, but often neglected, distinction in moral philosophy (the subfield of philosophy, rather than of bioethics per se) between formal and informal ethical discourse. Formal ethical discourse is the world of philosophical ethics—and of bioethics—with all its abstractions, principles, methods of analysis, and everything else that philosophers learn about when doing moral philosophy within an academic setting or that bioethicists use when invoking the intellectual armamentarium of bioethics to address problems in clinical ethics. Informal ethical discourse is basically everything else—all that passes for ethical discussion, analysis, reasoning, and debate outside an academic, philosophical setting or apart from bioethics-driven discussions in health care. It is what the man or woman on the street, rather than the philosopher or bioethicist, engages in.

It is not a question of which is “better”; formal and informal ethical discourses are simply different conceptually, reflecting different levels of generality and different purposes. Considered from a systems perspective, the two types of discourse operate on different levels of complexity (Bateson 2000; Capra 1997; Checkland 1981). Put into the language of the present book, formal ethical discourse may be appropriate for more complicated situations that resist consensus or that raise significant, complex issues of ethics or public policy. By contrast, informal ethical discourse provides a flexible, workable approach to the ethics of day-to-day clinical practice, and it is the type of discourse that all of us use every day in confronting ethical challenges, large and small (Scher and Kozlowska 2011).

For health professionals, the advantages of informal (versus formal) ethical discourse are many. First and foremost, it is our native language for ethics. We typically use it and apply it more or less automatically, as part of our fast thinking (Kahneman, 2011). We typically make judgments about our beliefs and actions, and about those of others, without any conscious process of reasoning. We immediately see most situations as fair or unfair, good or bad, mean-spirited or not; we respond to the world, in most cases, with straightforward ethical conclusions, and without even using explicitly ethical language. If asked, or when we find ourselves in a conflict or disagreement, or encounter a situation that puzzles us, we can make our reasoning explicit by engaging our slow thinking. But usually that’s not necessary. To think that health professionals are somehow different, and that they need to think consciously and in terms of ethical principles or some other form of ethical theory, is to expect too much. For each of us, informal ethical discourse is a reflection of how we have come to think, over a lifetime, about the social world—including, for clinicians, health care—with all its complexities. In thinking (in informal ethical discourse) about the situations we encounter, we might judge that some situations violate rules (“he broke his promise”) or principles (“what he did was really unfair”), that other situations have unacceptable consequences (“he just didn’t realize that others would be hurt so badly”), and that still others reflect an absence of virtue, or good character (“if he had any sense of decency, he never could have done that”). These sorts of judgments come to us naturally, in the moment. And we slide seamlessly from one sort of judgment to another—from rules/ principles to consequences to virtues—just as naturally, though without seeing ourselves as applying principles or weighing consequences or judging actions on the presence or absence of virtues. We are, in a way, natural philosophers when it comes to ethics. Our informal ethical discourse can be rich and probing and every bit as good as anything any philosopher or bioethicist would present—and without invoking philosophy or bioethics.

A philosopher or bioethicist might see this slide back and forth between rules/principles and consequences and virtues as a product of intellectual inconsistency, for these different frames of reference could be interpreted as reflecting three different theories from formal ethical discourse: principlism (or deontological ethics), consequentialism (or utilitarianism), and virtue ethics. For philosophers and bioethicists, each of these different approaches—considered as formal ethical theories—excludes the others. There is no way of balancing one theory, or one set of considerations, against any of the others. From the perspective of informal ethics, however, the inability to balance such considerations is a deficiency; we engage, and see a need to engage, in such balancing all the time. Situations are different; they call for different ways of thinking; and ethical wisdom is the capacity to understand when one approach, one set of considerations, is needed, or needs to be emphasized, rather than another. In the process, informal ethical discourse inescapably takes into account both social context and local knowledge (Geertz 2000), which is precisely what formal ethical discourse—with its commitment to unified, abstract, all-inclusive theories—finds difficult to do.

Given the above, efforts to teach formal ethical discourse to health professionals are arguably misdirected. There is no reason to think that clinicians, unless they set themselves on the lengthy, academic path (e.g., through graduate work in philosophy) of becoming experts in ethics, will ever master the field of formal ethics. And there’s no reason that they should. Their informal ethics, supplemented when necessary by discussions with colleagues and even by the occasional referral to an ethics committee or ethics consultant, is adequate—better than adequate—for addressing the challenges of clinical practice. Informal ethics is something that clinicians not only understand but take with them wherever they go. From the institutional setting of the hospital, at one extreme, to the independence (and isolation) of clinicians who practice solo, at the other, informal ethics is always available as part of the self and as embedded in one’s interpretive community (Fish 1980, 1989). To displace it with formal ethics is to displace what’s known and always available with something that’s much less well understood and that’s ultimately available only through experts. It would be wrong to infer, however, that clinicians can and should simply sort things out as they see fit and that they should act by their own lights. Most notable in this context is each clinician’s respective interpretive community itself. Empathy, respect for persons and their autonomy, attention to the interests and rights of patients and families, presumptive efforts to benefit patients and protect them from harm, cost efficiencies and savings, and all the other principles, values, and goals of bioethics are already embedded in the community’s informal ethical discourse and in baseline rules for clinical management, in processes for dealing with patients and families, in the need to work collaboratively with other health professionals, and in methods of resolving conflicts when they arise. Responsible professional conduct requires attention to all of these matters, which are given central attention in health care training; they are not discretionary, though they are generally to be addressed in terms of informal, not formal, ethical discourse.

From Stephen Scher and Kasia Kozlowska, Rethinking Health Care Ethics (Singapore: Springer Nature/Palgrave Macmillan, 2018). This material, excerpted from Chapters 6 and 11, is licensed under the terms of the Creative Commons Attribution-NonCommercial-NoDerivatives 4.0 International License (http://creativecommons.org/licenses/by-nc-nd/4.0/).