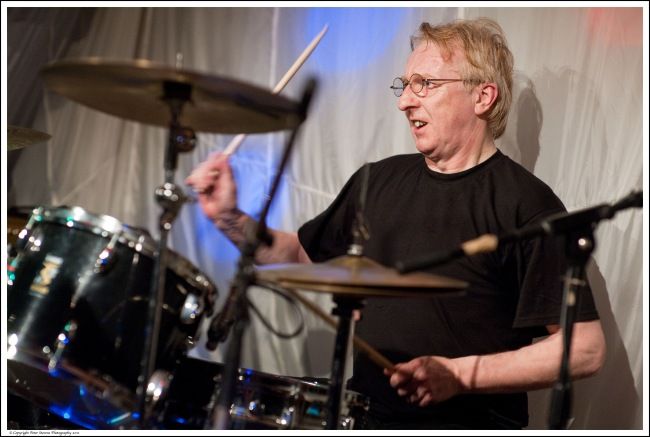 We discuss "Dazy Bones" (feat. Jesse Budd) and "Rat's Opus" (feat. Robbie Aaron) from that 2018 album, then look back to The Damned's "History of the World (Part One)" from The Black Album (1980), then end by listening to Rat's cover of the Kraftwerk classic "Autobahn" with The Germans, a collaboration with Godfathers guitarist Kris Dollimore, from Do Not Fuck With the Germans (2003). Intro/outro: "Love Song" by The Damned from Machine Gun Etiquette (1979). For more, visit ratscabies.com.

The first single from P.H.D. is actually "Chew on You." Here's the Damned live back in the day. Here he is soloing. To learn more about The Damned, check out this documentary, which is currently on Amazon Prime.

He's played with several groups post-Damned, like this album by Nosferatu. The whole Germans EP is on YouTube; try this song "Safe."