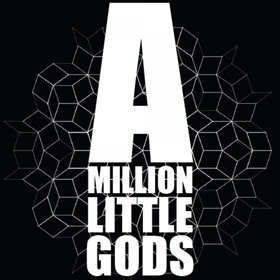 Despite its many obvious shortcomings, the human mind is a remarkably productive generator of categories—from the Linnaean system of taxonomy to two drinkers in a bar arguing over India Pale Ales, and indeed the person sitting next to them who complains to the bartender about “hipsters” taking over his favorite bar. This natural proclivity to set out a number of categories and then place objects (and people) into them is, for some people anyway, a deeply satisfying activity. Could this intuition, in principle, reflect a real division of the world into mutually exclusive categories that have some existence outside of the human mind?

This is the question that motivates natural-kind theorists to pursue two connected, but still distinct, questions. First, is there such a thing as natural kinds, categories that exist independently of human judgment? Second, if there are natural kinds, do any of them correspond to currently existing human categories?

It is at about this point in any philosophical discussion that the importance of the question itself needs to be defended explicitly, because any sufficiently abstract problem can quickly appear trivial, irrelevant, or “merely” academic. So why does it matter whether natural kinds exist? Why should we bother thinking about this at all?

For starters, it is not an overstatement to say that the intellectual history of natural kind theory is fundamental to understanding the modern Western philosophical and theological worldview. The Platonic theory of forms is at its most basic an assertion that natural kinds do exist, and that we recognize kinds in our world through their correspondence to those ideal forms. This is clearly not just a neutral assertion: insofar as our kinds reflect these ideal forms, our classification systems are in some sense deeply normative: the world SHOULD BE thought of in this way.

This theory of forms has been directly imported into the modern Western worldview by way of Christianity, which in its early stages hybridized Neoplatonism with somewhat obscure Jewish messianic themes. The idea of heaven as we would recognize it today was directly borrowed from this Platonic ideal realm, and strengthened the sense that the celestial order was the moral structure of the universe and the human realm deviated from this order at its deepest moral peril. Such Neoplatonist thinking informs moral argumentation throughout Western history, especially at its most noxious moments. Slavery and racial purity codes were defended on exactly these grounds: God created these categories and we had better not usurp them.

At least partly in reaction to the connection between natural-kind-based reasoning and moral atrocity, there has been a strong backlash against the idea of natural kinds existing at all. This strand of criticism can trace its spirit, if not in fact its direct genealogy, back to Kant and the idea that our experience of the world is inherently mediated and shaped according to an array of rules, what he called “the conditions of possible experience.” When we look out into the world and see categories as fundamental, what we are seeing is not the world as it is, but merely the structures of our own thinking that bind us to specific narrow and comprehensible worldviews. The postmodern critique has remained essentially the same since Kant’s time: categories are human and there is nothing more we humans are entitled to say.

Yet while categories, and the impulse to create them, are fundamentally human, that does not prove that there is not such a thing as a natural kind. In an upcoming episode of A Million Little Gods, we speak to Stewart Umphrey, who argues that there may in fact be such a thing as a natural kind, although it is almost certainly not what Plato would have imagined. He also uncovers a key tension within the concept of a natural kind. Natural kinds must be both groups of distinct individual members AND these groups must be distinctly separate from other groups. Yet as we move from the Planck scale to the human scale to the galactic scale, these two characteristics appear to move in opposite directions. The more a group can be said to have distinct individual members, the fuzzier the distinction between one group and the next becomes.

For example, a species of gull, with clearly demarcated individuals, can as a population bleed almost seamlessly into another distinct species, whereas a class of elementary particles like electrons is very clearly distinguishable from protons, but identifying one specific electron as an individual is impossible verging on the nonsensical.

Might there be a “sweet spot” where the two opposing characteristics are in balance? Umphrey’s answer is, “In principle, maybe.” While he hasn’t given any support to the pernicious forms of essentialist thinking that still poison our society today, those still searching for a resolution to Plato’s original question finally might have some firm ground to stand on.

Subscribe to A Million Little Gods to hear Stewart Umphrey, John McWhorter, Carl Zimmer, and many others in a discussion of philosophy, the social role of categories, and what it means for something to be “a thing.”

A Million Little Gods is a show about being of two—or more—minds about things and being okay with that. From the University of Hamburg, it is produced by Aaron Gowen and Ben Feddersen. Maren Christoph provided editing for this post.