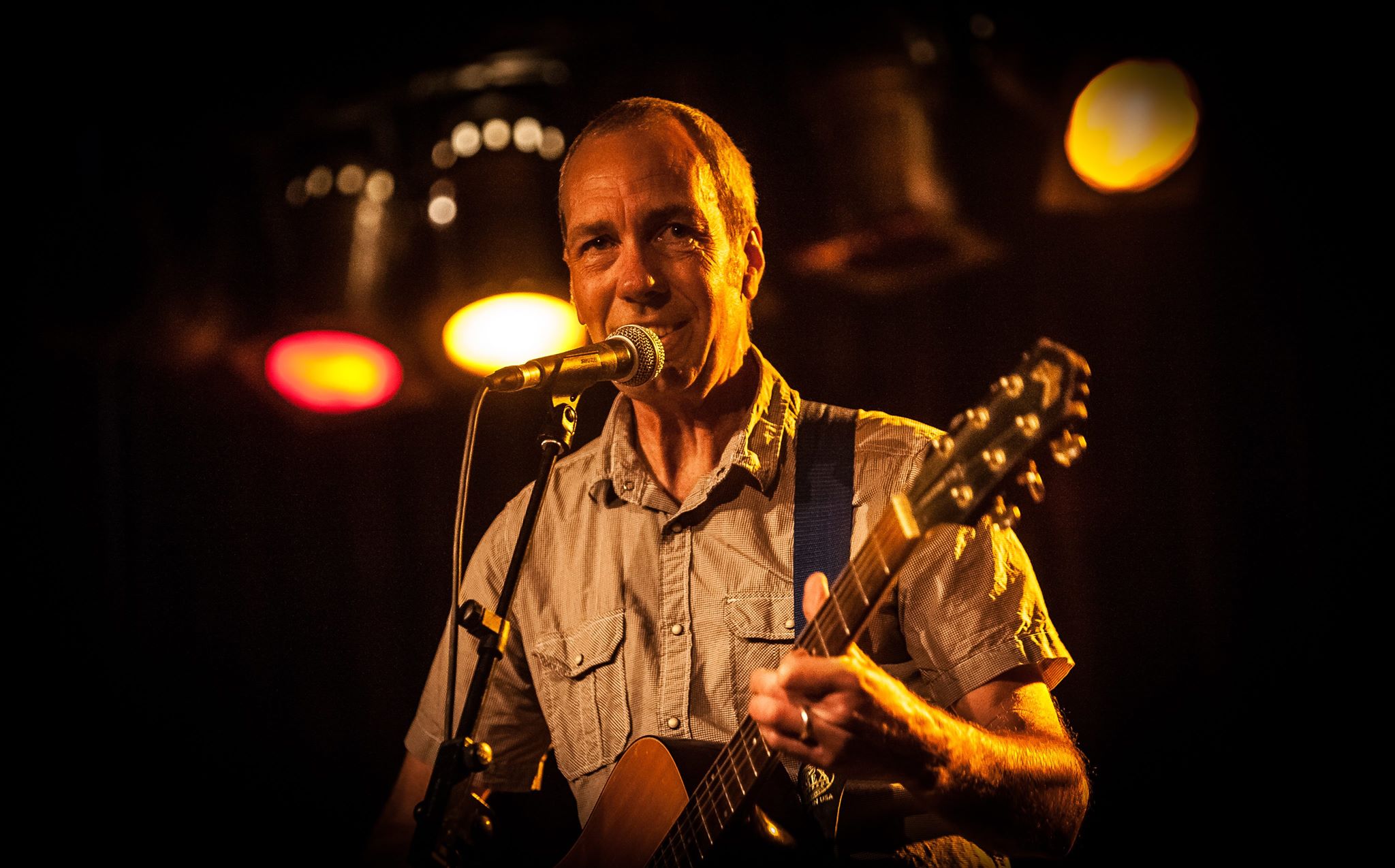 Chris rose to fame on keys for Arizona's country punks Green on Red from 1981–1987 and has since then been singer/songwriter/guitarist for 12 albums while still being a sought-after session keyboardist (e.g., with Steve Wynn, with whom he's currently touring).

(1997), and "Don't Think Twice" from Bumbling Home from the Star (2002), also officially a solo album but with backing from his band The Slivers of Hope. We conclude by listening to "I Won't Feel Well" from his solo album recorded with German musicians, Love's Been: Re-Discontinued

(2013), which was a matter of further working on the outtakes from his 2008 album Love's Been Discontinued. Opening/closing music: the title track from Green on Red's Gravity Talks

Here's the song "That's What You're Here For" that Chris sang in Green on Red (Dan Stuart sings most of them), and here he is playing it live recently with Steve Wynn, which includes a solo performance of "Pale Blonde Hell." Here's a whole live set from that duet from 2018. Here he is fronting Junkyard Love live in 1987. Here he is live with The Slivers of Hope in 2010.