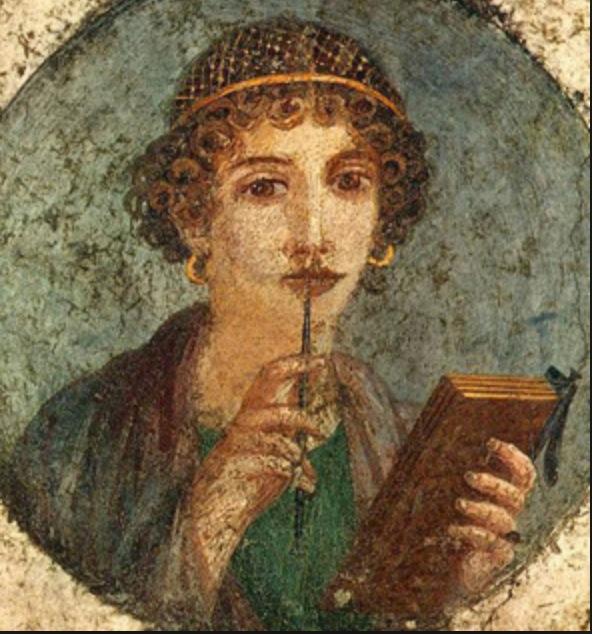 On Lucretius’s poem about Epicurean science: On the Nature of Things aka De Rerum Natura from the first century BCE.

How does the world work? Lucretius presents a system that is surprisingly modern, and raises philosophical issues that are still on point today: What are the basic building blocks of the universe? How could these give rise to minds? What ethical views does a mechanistic worldview imply?

We read all six books of the poem (supposedly cribbed from a 37-volume work of physics by Epicurus that is no longer extant), but concentrate most of our efforts on the beginning where he argues for atoms and void as the only things that ultimately exist. Epicurus took the atomism of Democritus and added a few things, such as the famed "swerve," whereby atoms don't just always move according to the the laws of physics but exert some independent initiative to slightly (and randomly) divert themselves; without this swerve, all atoms would just fall downward in parallel lines forever, but with it, we get the possibility of aggregation, of upward movement, and even free will (though that part really shouldn't follow from random movement). Also, while Democritus was a skeptic (only atoms are real, and atoms are really different than the macroscopic phenomena we actually see, right?), Epicurus argued that our senses are in fact never wrong, but only our interpretations of sensory data.

The poem argues that there must be a smallest part in nature that is eternal, or else things would inevitably fall apart completely. Anything composite involves atoms and the spaces between them, and these spaces provide locations for potential disconnection: everything falls apart eventually, everything dies. Since nothing comes from nothing (another foundational principle), and clearly there is something now, then there must be eternal elements that the dying things separate into, and these elements can then be reconstituted into other things. Lucretius argues that these must be an endless number of these atoms, and so there must be endless space for them to exist in: there is no center of the universe, and doubtless multiple worlds. For all intents and purposes, time is also endless, though Lucretius describes time as not actually a thing but just as a factor of motion: If there were no moving atoms, there would be no time.

But these atoms aren't all alike; they have different sizes (though all are too small to be seen) and different textures, different numbers and shapes of protrusions. So, clearly, they aren't the smallest conceivable entity (the protrusions themselves are smaller), but they can't as a physical matter be split; you can't break off a protrusion. These different shapes and the combinations of different atoms explain macroscopic phenomena, often in hilariously literal ways, like loud shouts involve pointy atoms, which is why they make you hoarse and hurt people's ears.

Perception, then, has to be a matter of atoms flying through the air and interacting with our sense organs, and Lucretius uses the term "semblances" to describe patterns that reach us and that then can explain illusions. Likewise, dreams are semblances still echoing around inside us, and this brings us to the topic of illusions of the mind: mistakes we make about the world that negatively affect our attitudes. For instance, the cultural and biological idea of sexual love as an attempt to merge with another person (see Aristophanes's view in Plato's Symposium): that can never actually be achieved, and so just drives people crazy for no good reason.

A more pervasive illusion is that death is something to be feared. The mind, like everything else, is a composite of atoms (specifically air, breath, heat, and a nameless element of very small, fine atoms specific to the mind that are tightly knitted into the body), so once we die, these disperse: There can be no life of any sort after death. The fear of death results in imagining that after death there will be a person who is around to experience the results of this dispersion (or living on in an afterlife), but no, the dead person will not be around to experience this. It's also a mistake to mourn for the positive experiences you won't have: again, there's no one there to not have those experiences, no deprivation, so it's just us now working ourselves up unnecessarily.

The ethical ideal is ataraxia, i.e., tranquility, and we can experience that if we get rid of this and the other sources of anxiety, like socially engendered desires for fame, for luxury, really for anything not ultimately reducible to basic experiences of bodily pleasure. Episode 208 will deal with Epicurus's ethical views directly, but there's one more relevant point to make here: A key source of anxiety, according to Lucretius, is our fear of vengeful gods that put demands on us. Clearly, on the view of physics described here, there is no room for such gods. Anything composite dies, so straightforwardly, there can be no gods at all (though Lucretius does not say this). If gods are immaterial (an option not actually left in Lucretius's physics), then they couldn't causally interact with physical things, and certainly don't direct the course of nature, which is instead ultimately a matter of the blind coincidence of atoms crashing into each other. The gods by definition have all they need: they can't be benefited by anything we do, and so can only serve for us as role models of tranquility.

Read the Esolen translation we all read

or you can read the text online or you can listen to it. Wes and Dylan also recommend Stephen Greenblatt's 2012 book The Swerve: How the World Became Modern

Continued on part two, or get the full, ad-free Citizen Edition, as well as the Citizen-only follow-up discussion.