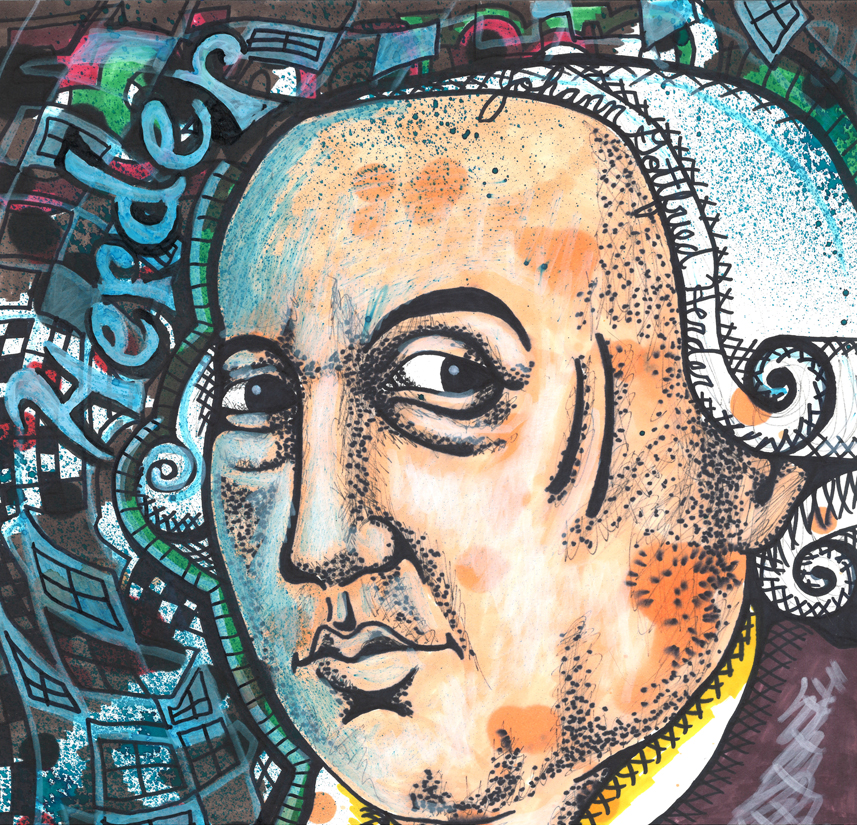 On essays in aesthetics by Johann Gottfried von Herder: “The Causes of Sunken Taste among the Different Peoples in Whom It Once Blossomed” (1775), “On the Influence of the Belles Lettres on the Higher Sciences” (1781), “Does Painting or Music Have a Greater Effect? A Divine Colloquy” (1785), and the sections about music and dance from the Critical Forests: Fourth Grove (written 1769).

Mark, Wes, and Seth are joined by rock legend, novelist, and podcaster in his own right, John "Jughead" Pierson from the band that invented pop-punk, Screeching Weasel (and his subsequent band, Even in Blackouts, plus his participation in the theater company the Neo-Futurists.

This first half focuses solely on our first essay, “The Causes of Sunken Taste among the Different Peoples in Whom It Once Blossomed." Eighteenth-century Germany was a hotbed for the philosophy of art (they coined the word "aesthetics"!) and the poet/critic/philosopher Herder was a key influence, at least until Kant's Critique of Judgment totally re-oriented the debate in 1790. Herder coined the term "zeitgeist" (from a Latin term: genius saeculi, which means literally guardian spirit of the century) and he explored what made certain eras (classical Greece and Rome, the Renaissance, France under Louis XIV) so rife with artistic output. He chalked this up not only to individual genius artists channeling the striving force of nature, but to a high level of good taste among the cultured populace, which he tied to particular social factors, and traced how those same factors along with the internal logic of genius inevitably led to a decline in taste. For instance, someone creates a large, imposing statue that is very effective, and this leads to efforts to best it, to make things even larger until they're grotesque (i.e., in bad taste).

Herder was adamant that there must be an organic relationship between the works of a society and the roots of that society: that we should learn from the ancients, but that merely copying them is in bad taste. He pointed to Shakespeare and how he created a uniquely and modern English form of theater, and urged the Germans (who at that point weren't part of a single, united country with a national identity) to create comparable forms specific to their society's characteristics.

Herder considered the relation between genius, taste, and reason, answering the age-old question of the relation between taste and virtue: While of course many actual artists focus all their energy on their art and so neglect the rest of their lives, really, artistic taste should form the model to cultivate your whole soul.

In part two we'll discuss more about what this means for aesthetic education and what he thinks especially effective in art. Get the full, unbroken, ad-free Citizen Edition. Please support PEL!