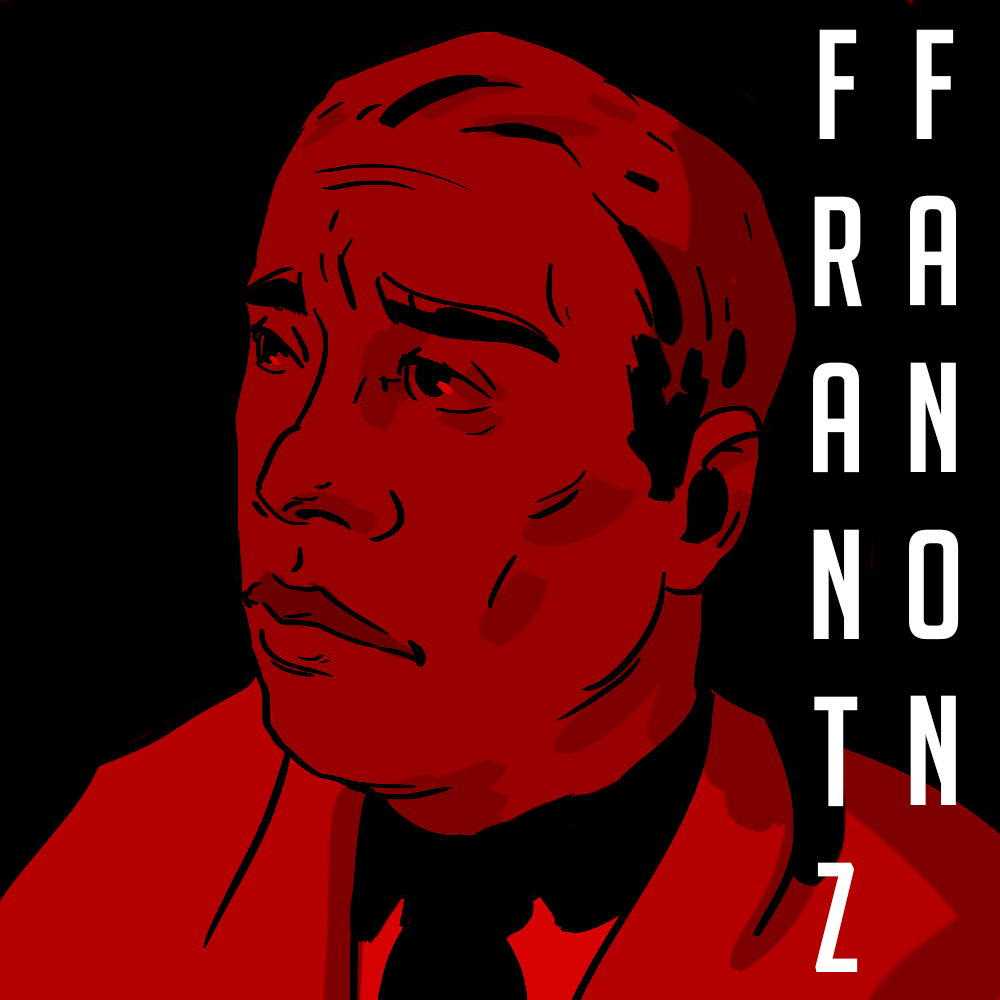 How does growing up in a racist society mess people up? Fanon was born in the French-colonized Martinique and educated as a psychoanalyst in France where he studied under Merleau-Ponty, among others. The book was proposed (and rejected) as Fanon's dissertation, and claims to be a "clinical study," though it explicitly avoids spelling out its methods in advance, and includes heavy doses of phenomenology and poetry as well as psychoanalysis and cultural commentary.

Lawrence Ware returns as guest to help Mark, Wes, Dylan, and Seth through this work. We focused on the preface and chapters 1, 4, 5, 7, and 8.

Fanon was tasked with helping patients with their anxieties, but found that the cause of their anxieties was in many cases their social situation: their status as persecuted, marginalized, demonized, and ignored. What was needed was not just to get people comfortable in such a messed up situation, but to help them see the reality of this situation and on the one hand "decolonize" their minds to lessen the effect of this poison, and on the other hand to urge people to join the struggle in addressing these social problems.

He doesn't use the term "marginalization," but he describes in great detail how the center of culture in the French-speaking world was of course France, and colonized people all spoke French and looked to France for historical and intellectual inspiration. To aspire for a black person was in that culture to aspire to be more like whites. As someone who aroused fear and suspicion in whites, Fanon reflects on how even his sense of his own body is tainted by excess self-consciousness: seeing himself as how he looks from a white gaze that he has internalized. Even when his white colleagues praise him as an individual, their praise is tainted by their (actual or presumed) bigotry toward blacks as a group.

There had already been for a couple of decades a "negritude" movement that was supposed to counter this feeling of marginalization, to provide an alternate source of values and pride, to enable people of African descent to feel solidarity, unearth their "black souls," and unite in their struggle. Fanon was influenced by this, but this was complicated by his embrace of existentialism, which says that there are no "essences" of individuals, much less "races." So just as blacks are not what the bigots claim they are, neither is there an authentic "black soul" to be uncovered. What Fanon called "anti-racist-racism" is an important and perhaps a necessary tool for reversing the evil effects of colonization and bigotry, but is ultimately a stage to be overcome. To define oneself in opposition to bigotry is still to let bigotry set the agenda; the ultimate goal is a post-racial state of mind and society. As existentialist, Fanon claimed himself free of any kind of racial destiny or obligation, though as a matter of fact, he subsequently aided the Algerians in their struggle for independence from the French.

A recurring issue in our discussion was the question as to whether Fanon should be called a humanist. Should the larger takeaway be the need for black solidarity (in which case he's not a humanist, and would regard humanism as covert racism: the attempt to universalize the practices and outlook of the dominant class and call that "human"), or the goal of a post-racial future where everyone is evaluated and receives dignity purely as an individual without any regard for group identifications or historical injustices?

Since we're all human, we all face the existential anguish of our utter freedom, but Fanon thought that the black colonized experience required that blacks be treated to remove the complexes specific to being a member of a persecuted group before they could realize that freedom. But of course, aren't all of us in various ways conditioned by our upbringing, told that we are such and such and should do this and that, so that some kind of enlightenment is needed to reveal this existential situation? The bigot himself has been raised to believe he is superior; surely this complex needs dispelling. Or is the fact that this existential "human condition" is almost universally concealed from us until we read about existentialism maybe more of an indication that the existentialist is actually telling a made-up story, and that we're not as free as Fanon (following Sartre) claims?

One of the most influential commentators on Fanon is Lewis Gordon, whom you can see talking about it here. A couple of podcasts talking about the book that display well how the ideas have been inherited and interpreted in modern discourse on race are here and here.

If you enjoyed this episode, you may wish to check out some of our previous entries on race with Law Ware: ep. 52 on DuBois and MLK, ep. 161 on White Privilege, and ep. 162 on James Baldwin. Also see our episodes on bell hooks and on Sartre's existentialism.