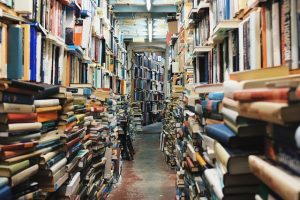 Let me present to you the ultimate life coaching team: Marie Kondo and Socrates.

Marie Kondo’s “KonMari” method (presented in the Netflix show based on her New York Times bestseller The Life-Changing Magic of Tidying Up) and Socrates’s “Elenchus” method (presented in Plato’s dialogues) work in very similar ways, though Marie Kondo is much more popular with her clients (eventually, the Athenians got so sick of Socrates’s attempts of tidying up their minds that they sentenced him to death).

Let’s take as our life coaching client Thrasymachus, a character from Plato’s Republic who claims that only weak simpletons believe that being moral is good, and let’s assume that in addition to a cluttered mind, Thrasymachus also has a cluttered home (for he who is untidy in one area of life is likely to be untidy in another one).

Our life coaching team Kondo/Socrates gets to work.

First, let’s tidy up Thrasymachus’s house according to Kondo's KonMari method. Focus on one category, e.g., clothes. Collect all your clothes, and take stock. Seeing the big pile of stuff, Thrasymachus realizes that he has too much. But which items should he get rid of? Marie Kondo’s advice: pick something you feel strongly about—something you definitely do (not) want to keep and move on from there. Go through each item one by one and ask yourself: Does this item make me happy? Only keep things that “spark joy.” When you’re done, store your clothes in such a way that you can remember where they are and access them more easily in the future (fold them nicely and store them in designated organizing boxes).

Now, let’s tidy up Thrasymachus’s mind according to Socrates's Elenchus method. Focus on one question, e.g., What is morality? Next, bring all your beliefs about morality out in the open. Once Thrasymachus has taken stock, he realizes that some of his beliefs are incompatible with each other: for instance, he believes that when I act morally, I benefit someone else, and he believes that when I act morally, I may not benefit someone else. So, he has to get rid of some beliefs. But which ones? Socrates’s advice: pick a belief you feel very strongly about, one you can defend best, and hold on to that one. Then, go through each belief one by one and ask yourself: Why do I hold this belief? Only hold on to beliefs that you can defend. When you’re done, “store” your beliefs in such a way that you can remember and access them more easily in the future. Connect each belief with an explanation or reason for why you hold it (“tie your beliefs down,” as Socrates says) and build a network of beliefs.

Kondo’s KonMari method and the Socratic Elenchus inspire self-reflection and mindfulness. During the process of uncluttering, we are encouraged to envision our future self: Which items and beliefs do you want to bring into your future life? Who do you want to be? Their methods help us to become a better version of ourselves and to build a home—a spatial and intellectual home—that makes us and the people around us happy.

Clutter is often a source of tension. When you cannot find your belt in the morning and blame it on your spouse, your day starts off with an argument. Similarly, a political debate about a controversial topic like immigration is likely to turn hostile if the debaters have a cluttered mind and are unwilling to abandon any of their beliefs. It is not surprising that many of Marie Kondo’s clients have reported that their family lives have become more harmonious after they KonMari’ed their homes. And for the harmonious effect of an uncluttered mind, just look at Socrates in his last hours before his execution: Plato describes him as unconcerned about his impending death. What keeps Socrates at peace is precisely that he let go of the belief that death is bad.

But what about items and beliefs that I inherited from someone dear to me, a skeptic might wonder. Shouldn’t I keep the scarf my grandma gave me for my birthday, even though it’s really not my style? Here, Marie Kondo’s advice is to give the present a chance; wear the scarf at least once, but if it doesn’t spark joy, let go of it. Socrates is likely to agree. If your grandma used to tell you that you shouldn’t crack your knuckles because it will give you arthritis, treat this belief as a hypothesis, give it a shot, but if you cannot defend it, let it go. We can remember and cherish our loved ones without holding on to such items and beliefs.

Our life coaching dream team Kondo/Socrates leaves Thrasymachus with one more piece of advice for the future: Untidy regularly! Get into a habit of examining both your beliefs and possessions. This way, you will live a happier, more harmonious life.

Freya Mobus is a PhD candidate in philosophy at Cornell University, working on Socratic philosophy. This article previously appeared in The Montréal Review.