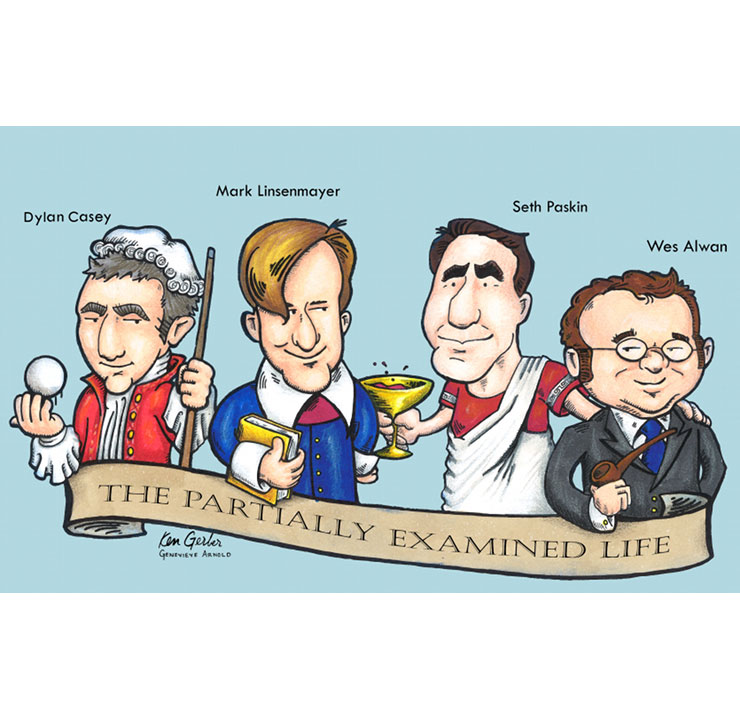 Mark, Seth, Dylan, and Wes reflect on the changing state of podcasting and public philosophy over the last decade, how our goals and interests have changed since we started we started. Why don't colleges pay their faculty to educate the public through regular, broadcasted conversations like ours? If you think we're snarky, take a look at actual philosophy faculty! Should we continue to do more literature, poetry, and other topics that are not strictly philosophy? Also, the stalled state of the PEL book. Thanks so much to each and every Partially Examined Life listener for making it worth our time to do this!

End song: "High Rollin' Cult" by Mark Lint with Erica Spyres, celebrating a new attempt to capture the fun of the beginning of PEL: Pretty Much Pop. I encourage you to support that effort at patreon.com/prettymuchpop.

Folks new to PEL may want to listen to any other PEL episode before listening to this discussion.