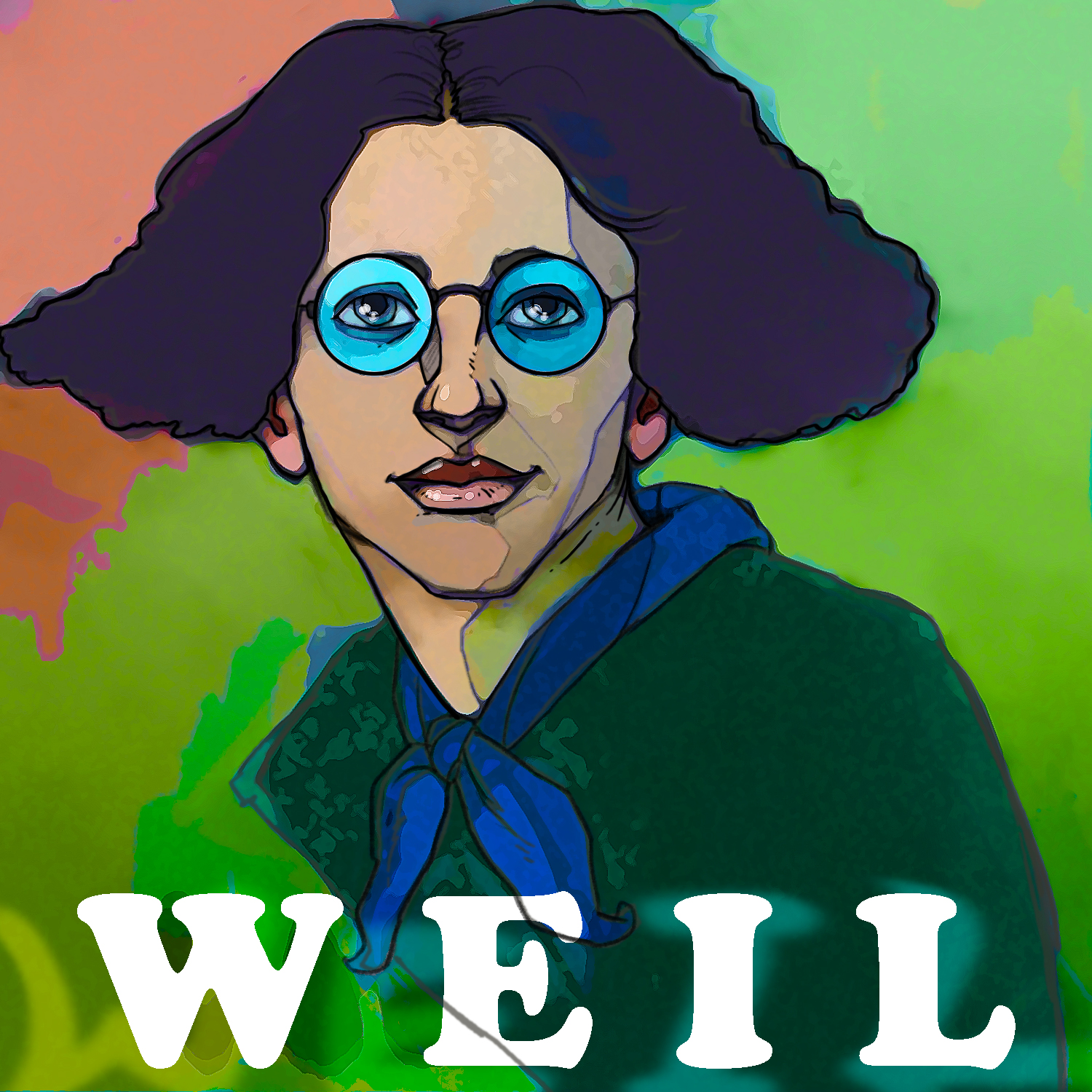 How do circumstances oppress and dehumanize us? Weil describes the mechanisms that keep people at war and maintain oppression even through revolutions (the new boss tends to be as bad as the old boss) as inherent to the logic of power.

She uses Homer's Iliad to illustrate this picture of war: Force, the real hero of the epic, dehumanizes both its victims and perpetrators. When an aggressor has someone helpless and on their knees, the latter becomes no longer a human whose needs need to be recognized but an object that can be destroyed on a whim. One might think that this would be the time for magnanimity, but that would require recognition, and this is typically no longer available for an aggressor whose humanity is also being sapped by the situation.

At many points in the Iliad, one or the other side is at an advantage and could with some mild concessions stop the war, but the power makes the current victors feel invulnerable, and they feel they've already sacrificed too much to settle for anything less than total destruction of the enemy. Having your fellows die brings out a nihilistic attitude in the survivors, a drive toward death for all concerned that precludes both self-preservation and mercy. And so the war grinds on.

In "Analysis of Oppression," a similar vicious circle is at play in the logic of economic domination. Weil revises Hobbes's picture of the state of nature: We are in nature oppressed by the forces of necessity, of having to keep from starving, but when society forms, we could theoretically be freed from this burden, but it instead shifts from oppression directly by nature to oppression by other people, which is really just nature asserting itself indirectly. Cooperative production essentially requires that some small group be the ones who understand the social structure and its tools and hence are able to issue the commands. Weil admires Karl Marx for identifying that it's the structure of capitalism that is responsible for the oppression, not the individual capitalists, but thinks that Marxists are foolish to think that a revolution can fix this. In Russia, for instance, it's not the case that the weaker (the workers) overcame the stronger (the Czarist government), but that the already-weak Czarists were displaced by industrial forces that already had de facto power. The weak by definition can't overcome the strong; power dynamics are created by material conditions, and apparent revolutions are just going to be shifts from one declining power center to an ascending one.

Guest Corey Mohler, writer of Existential Comics, rejoins Mark, Wes, Dylan, and Seth (check out his previous appearance) to tackle this fascinating figure who was a major influence on Albert Camus. He assures us that even though both essays that we read here seem very pessimistic, she in fact does write elsewhere about positive solutions, though they do have to do with her Christian mysticism, so maybe you don't want to read about that.

. You should be able to easily find an online copy of Weil's "The Iliad, or the Poem of Force," and I see that "Analysis of Oppression" is in also in this volume.