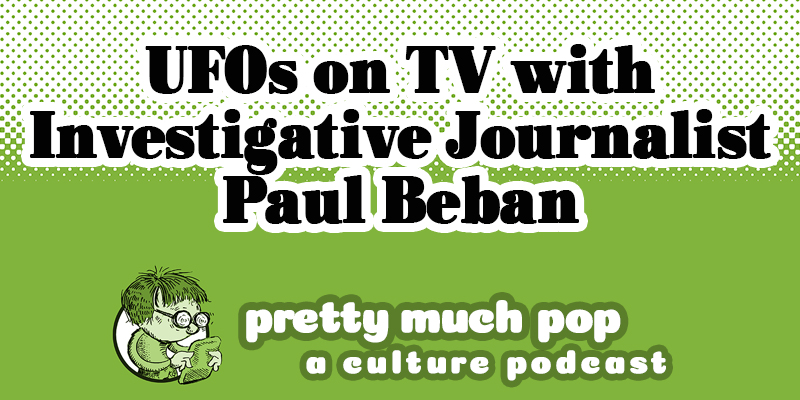 TV news reporter Paul Beban (ABC, Al Jazeera, Yahoo, and now featured on the Discovery Network's Contact) joins Mark, Erica, and Brian to discuss the appeal of UFO narratives, both at the peak of their popularity in the 50s and in the current resurgence. Why do they make for good TV? Do you have to believe to be entertained? Is belief in UFOs related to religious belief? To beliefs in conspiracy theories and anti-government venom? To humor?

We get into the mechanics of Contact, the Area 51 hubbub,and also touch on the show Project Blue Book, films like Arrival (2016) and UFO (2018), the documentary Unacknowledged (2017), the short story "Roadside Picnic," and more. To learn more about UFO lore in America, check out some of these podcasts.

Some of the resources we used for this episode included:

Plus, here are some stats from Gallup about UFO sightings and belief, you might want to pick up the book Nostalgia for the Absolute that Paul refers to, and here's the 2014 talk by Robbie Graham that Brian referred to describing "hyper-reality" and the Hollywood UFO conspiracy. Here's a list of UFO documentary series.