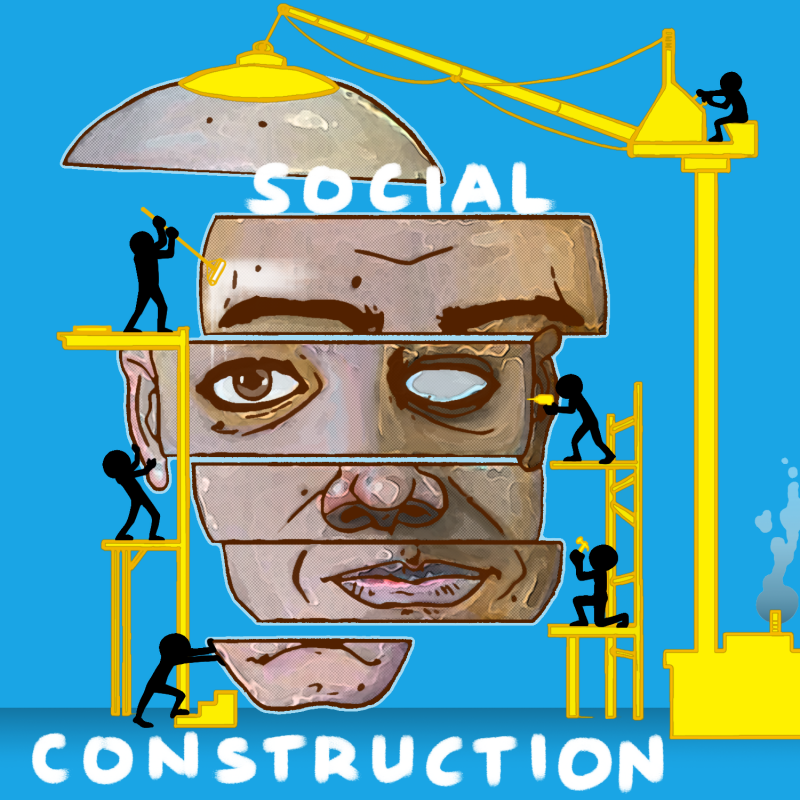 We break down the steps to a social construction argument according to Hacking; since not all thinkers take all the steps, how many steps are involved provides a nice classification scheme for these types of arguments and hence reasons for giving them. When someone argues that, for instance, gender is socially constructed, is that thinker trying to just explore where our ideas came from or to change them? Is there an actual matter of fact that a social construction argument is trying to reveal, or is it instead essentially a political gambit trying to get you to change your concepts in a way that will hopefully improve our lives?

We look a bit more at this supposed divide between the science wars and the culture wars: Some of us see a clear line between claims about science like "quarks are socially constructed" and claims about social convention like "balls and strikes in baseball are socially constructed." Pragmatists like Dewey and Rorty, however, see the difference here as a matter of degree: Our concepts carve up the world, and we can't even meaningfully contemplate the world outside of those concepts, so even everyday physical objects (Quine's example) are just theoretical entities we posit to simplify making sense of our experiences.

We then give more of the details of Berger's story about how social facts (the "nomos") build our world, making it possible for us to live meaningful lives, and what this means for would-be innovators who want to break with social customs.

Our guest for part one couldn't stick around but will be back for ep. #228 on race. Despite our talking about a planned social construction of gender episode, we've decided to hold off on that for the moment.

Start with part one, or get the full, ad free Citizen Edition. Please support PEL!

End song: "The ConstruKction of Light, Part 1" by King Crimson (get it... Kc, thus the mis-spelling "ConstruKction?"); listen to Mark interview one of the guys that worked on it, Trey Gunn, on Nakedly Examined Music #21.