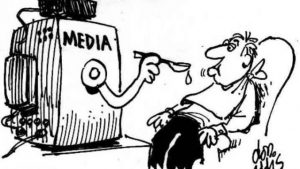 Thanks to all of you that have extended your hearts beyond the core PEL group that you know and love to listen to some of my spin-off shows. I'm well aware that being into songwriting techniques and musicians' personalities as exhibited on Nakedly Examined Music is not at all the same thing as being into philosophy, and that it's mostly just coincidence if a PEL fan might also become an NEM fan (though some of my guests there are more literary than others in their approach; you all might really like Barry Andrews, for instance, who may well be my most philosophical guest on that podcast yet).

Pretty Much Pop, by contrast, is an effort that grows directly out of my work on The Partially Examined Life, and is a direct result of my being dragged into talking about works beyond philosophy texts by my PEL co-hosts. I think I started in philosophy as something of a science-head, not in that I was all that interested in literacy in the experimental sciences, but in that I see philosophy as fundamentally about solving problems and getting at truth. Philosophy has the advantage over science that it can deal with problems that we can't even quite articulate, that are so central to our being that we don't even know what concepts to use to capture them. Hence phenomenology, hence a pragmatic philosophy OF science that connects the facts you're in search of to why specifically you want to know, hence tools to figure out how to live.

At the same time, I was merely tolerant of more literary attempts to present philosophic truth. Yes, there are advantages to showing a philosophy or phenomena to be studied as enacted by and engaged with by a character. Yes, by putting words into a character's mouth instead of just writing them in a treatise, the author gains a level of ironic detachment that can be fruitful in experimenting with different philosophies. But really, it would save us all some time if the would-be philosophers writing fiction would just spell out their claims explicitly and argue for them.

This dismissive attitude of mine extended toward a dislike of popular essays, which oversimplify and leave important matters unarticulated and unargued. It should be the point of philosophy to cut through such bullshit, right? Well, this made me rather miss the point on episodes like our 2014 one on Emerson. I've also been highly contemptuous of Marxist, psychoanalytic, social constructionist, or other attempts to attribute motives and blinders to all of us that we're not aware of. I mean, isn't there some level of self-reflection and skeptical hedging that should just immunize one from these kinds of accusations? Doesn't being so irritatingly self-reflective make me woke by definition?

After a number of discussions delving into fiction, film, polemical essays, and developing my schtick with NEM, I now feel more comfortable looking at our lived experience, at the extent to which we create meaning out of stories, what stories do to us, and how we feel about our own enjoyment of things and relate to others with regard to their opinions of our opinions... that whole sticky mess of looking at our everyday practices not with an eye to necessarily judging them or otherwise analyzing them into definitive bits, but still coming out a bit wiser. Thus the work in progress which is Pretty Much Pop, where we're now looking at the appeal of various modes of media intake, genres, properties, works, tropes, and other phenomena that slip between the cracks. This is part and parcel to me of the philosophical command to know thyself.

Plus, it's fun. My goal has been to create a team and a way of engaging with them that's lighter than PEL. I understand that if you're coming to PEL for serious education, many PMP episodes are not going to fit the bill. If you just wanted some insights, hopefully we still have plenty of them in there amidst the joking around and waxing nostalgic.

I want to assure you that we're committed to maintaining our normal PEL schedule, drilling into classic texts both old and new: We're looking at Descartes, Latour, Locke, and Beauvoir at least coming up this season (though all topics are tentative until we actually record on them). And hopefully having PMP episodes up here on Spider-Man and Friends and The Handmaid's Tale will lure in more people who might not otherwise think to sit through a discussion of Simone Weil or Epicurus or Alfred Tarski.

Thanks as always for listening (and reading this). I am always honored for the musings I emit or facilitate to be worth anyone's time.

And if you do want a PEL feed free from all other types of content (including commercials!), just sign up as a $1 supporter at patreon.com/partiallyexaminedlife.

Conversely, if you want to ensure that Pretty Much Pop continues and get further into the episode planning and off-the-wall idea-works with us, I encourage you to likewise sign up at patreon.com/prettymuchpop. Or at least sign up for Pretty Much Pop via its own feed (like via Apple Podcasts, or search for it on Stitcher, Google Play, etc.) so you don't need to wait a week and a half before you're seeing the latest episode.