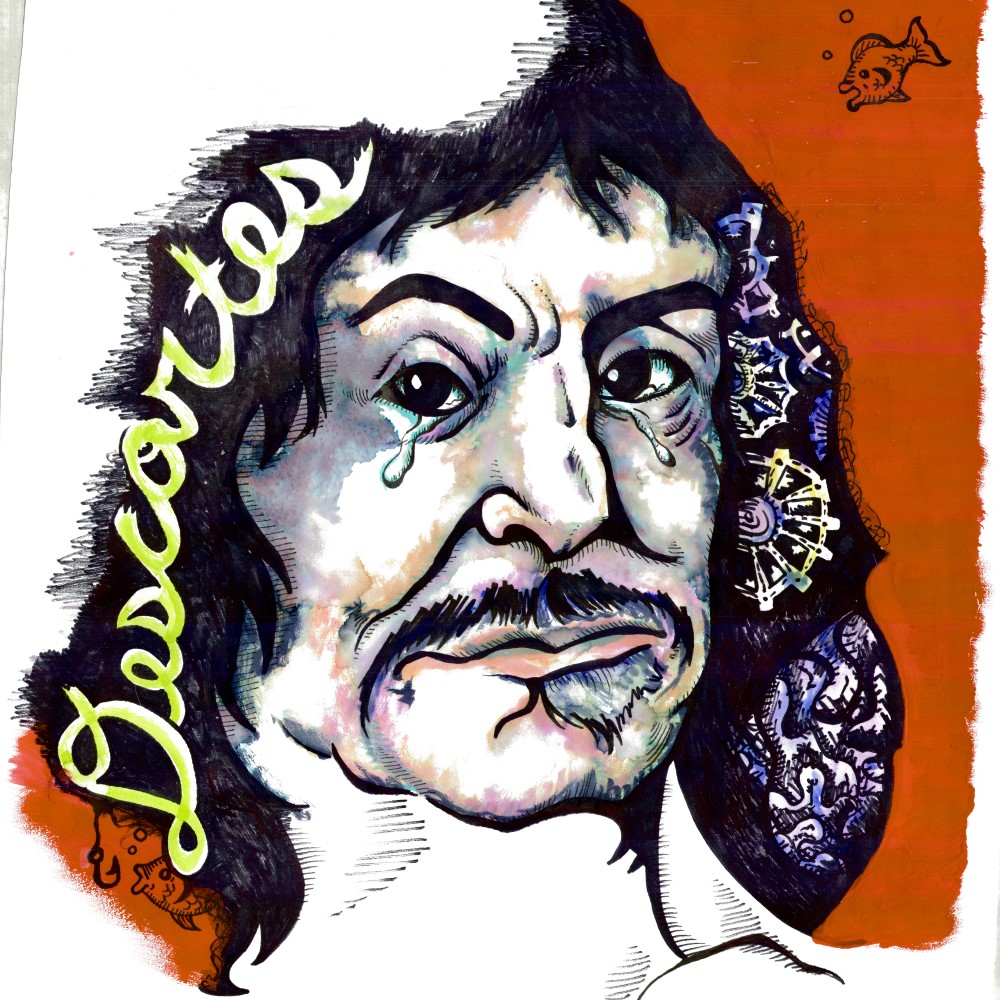 On René Descartes’s Discourse on the Method of Rightly Conducting One's Reason and of Seeking Truth in the Sciences (1637).

This narrative summary of Descartes's intellectual life was his first actual publication, four years before his Meditations. Unlike the unpublished Rules for Direction of the Mind (1629), this text doesn't actually dwell on his method at length, though it includes a distillation of the rules: Include in your judgments only what is presented clearly and distinctly to the mind, divide problems into the smallest possible parts, and direct your thoughts in an orderly manner through those parts.

By this point it actually seems that he thinks the method is better demonstrated than explained, and he includes within this text a detailed account of the physiology of the heart (which most philosophy readers skip), and the text was published as the preface to three scientific essays meant to demonstrate this method in the areas of geometry, optics, and meteorology.

The text starts off with the story of his education and how his dissatisfaction with the uncertainty of what he'd been taught drove him to a personal re-evaluation, whereby he decided to temporarily set aside all his beliefs to look for a solid foundation for them. He then lays out a provisional ethical code to follow while performing this analysis, so that he wouldn't be without practical guidance. This code is conservative (obey society's laws) and stoic (try to change yourself instead of the world) and describes a good state of mind for doing science without distractions. He then leads us in short form through most of the steps that would later make up the Meditations. Though that book was published after this, he describes the actual meditative process as having happened earlier, when he first moved to Amsterdam in 1628. It's actually this text, and not The Meditations, that contains Descartes's famous maxim "I think, therefore I am."

What's missing from this version of his reasoning is the step where he argues that since God is not a deceiver, then he wouldn't lie to us about all the scientific observations that seem so certain. In this text, scientific claims are left as defeasible, as merely probable, much less certain than truths grasped by the understanding, which can never in itself guarantee the existence of anything in the external world. It can, however, according to Descartes, guarantee the existence of a thinking thing (himself) and then of God, via Descartes's knowledge of his own lack and hence of some perfection (God) that must contains what he lacks. This is Descartes's version of the ontological argument (which we discuss in detail in episode 43), which is still bad, but makes somewhat more sense in light of his discussion of "simples" in the Rules: If the idea of God is a simple (like the idea of length), then merely by understanding what that term means, we understand all of God's necessary properties, so (according to Descartes) we understand His perfection and His existence.

This text includes more descriptions of (or references to) arguments than actual argumentation. Also during the pre-Meditations section, he claims that because he's proven that he exists based on the observation that he's thinking, therefore he's also proven that he is essentially a thinking thing that is fundamentally different than his body and could live on without that. Again, if he thinks of the soul as a simple, then once he's shown that we do grasp it via grasping our own thoughts, then he thinks he knows everything essential about it.

And how does he know that the soul and God are simple ideas? Because he grasps them that way using clear and distinct perception. And what guarantees that what the understanding grasps clearly and distinctly is actually true? Ultimately, God, but he can't really use that here on pain of circularity: Descartes can't both claim that God grounds reason and reason grounds God (this is the "Cartesian circle"). In both this text and the Rules, he treats the veracity of clear and distinct ideas as just given in our experience as a fundamental intuition. To deny it is to deny thought altogether. In the Discourse, he explicitly founds this realization on the observation "I think, therefore I am." He sees that he understands this clearly and distinctly, and that that's what guarantees its truth, so he uses this as an exemplar of the general epistemic principle. (If you remember our Rules discussion, this use of a single exemplar to prove a general point of reason is what Descartes weirdly calls "induction.")

Descartes spends the final part of the Discourse describing his concern with being thought a heretic in light of what happened to Galileo, and so why he hadn't published his big book The World, which had been done by 1633, but which he was just dribbling a bit out in the rest of this volume (i.e., the geometry, optics, and meteorology). He thinks about whether he wants to be a public intellectual or whether he should just let his works be published after his death. On the one hand, his method of scientific inquiry requires a lot of help by other people to perform experiments for him, but on the other hand, he says that he hasn't so far found the critiques of others valuable and would rather just be left alone to do his work.

, translated by Robert Stoothoff, but there are several versions you can read for free online.

This episode should be understandable on its own, but if you want more clarification on some of the points we bring up, be sure to listen to our episode #2 on the Meditations and #229 on the Rules.